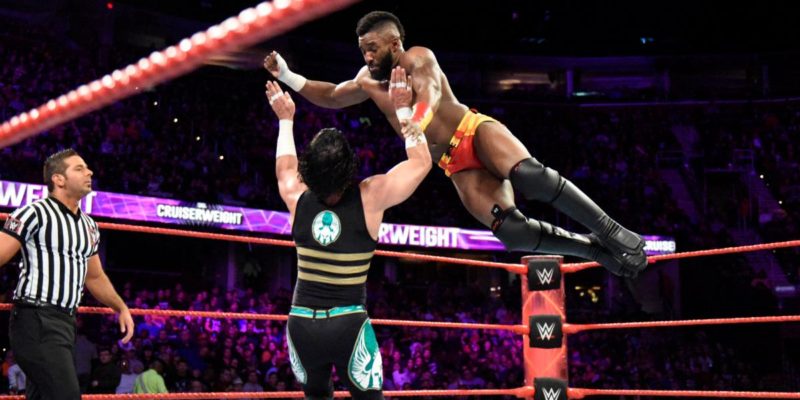 As we noted before, Raw Star Rich Swann was arrested by police on Sunday morning over domestic abuse charges after an incident with his wife.

When the news broke out, WWE suspended the former Champion for an indefinite amount of time and they also canceled Swann’s #1 contender ship match against Drew Gulak which was expected to take place on this week’s episode of Raw.

After this, the company held a fatal four-way match between Cedric Alexander, Daivari, Tony Nese and Mustafa Ali to determine who will replace Rich in the #1 contenders match during the latest episode of the Red Branded Show.

The match was won by Cedric who will now challenge Gulak for an opportunity at Enzo Amore’s Cruiserweight Championship at next week’s Raw.

No word yet on what officials have planned for this match or who will come out victorious in this bout and challenge the Realest Guy in The Roof.