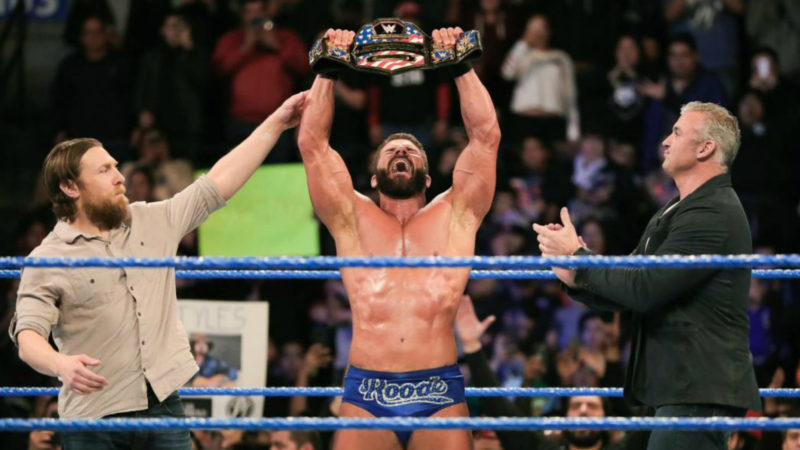 WWE has announced 3 matches which will be taking place during tonight’s go home episode of SmackDown Live for this Sunday’s Royal Rumble PPV.

The first match announced for the show is a tag team bout which will see the new United States Champion Bobby Roode teaming up with The New Day to take on Jinder Mahal and Rusev Day.

The next match will see former SmackDown Live Women’s Champion Naomi squaring off against Liv Morgan. While not confirmed this match should also build up the Women’s Royal Rumble in some way.

The final match confirmed for the show will have Chad Gable facing Jay Uso. Gable along with his partner Shelton Benjamin will challenge the Usos for their SmackDown Tag Team Championships at Royal Rumble.