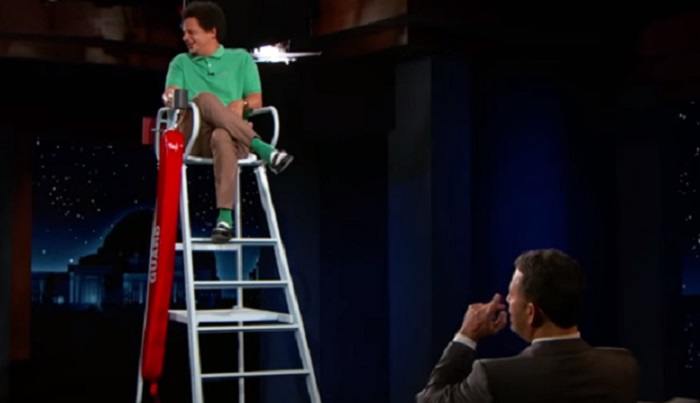 Eric Andre appeared on Jimmy Kimmel Live this week and revealed the details of an injury he suffered while filming a stunt with John Cena for his show, “The Eric Andre Show.”

Apparently the actor suffered a concussion as a result of the stunt that was filmed for Cena’s appearance on the show, which is scheduled to premiere on Adult Swim on Sunday, October 25.

“John Cena did the stunt right but we prepped for the stunt wrong,” Andre told Kimmel. “That metal shelf came over and clocked me on the head and I got concussed.”

He added, “I went to the hospital immediately. I had like a Fred Flintstone, like Bugs Bunny [bump] on the side of my head.”

Who had "John Cena on the Eric Andre Show" on their 2020 bingo card? pic.twitter.com/qyjHggUeV5