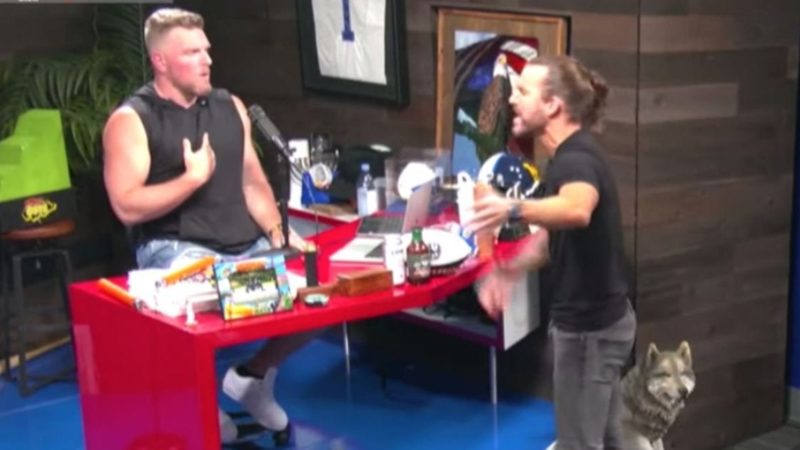 Former NXT champion Adam Cole issued a statement on his Twitter earlier today apologizing for the incident on the Pat McAfee show, where the Undisputed Era leader cursed out the former NFL punter after a heated exhange. Cole explains that he lost his composure and should have remained a professional before claiming that he is embarrassed for how he reacted.

I’ve had the weekend to think about everything, and it’s still hard to put into words where to begin,” Cole wrote. “First of all, to anyone that I offended, I apologize. I apologize because I represent a brand that commands respect. Not just because of what we do in the ring, but how we handle ourselves outside the ring. Even though he continued to push my buttons, I still should have kept my composure and acted like a professional. I’m embarrassed by my reaction, and I will make sure something like that never happens again. Thanks for the continued support everyone.

You can read more about the incident here. Check out Cole’s statement below.