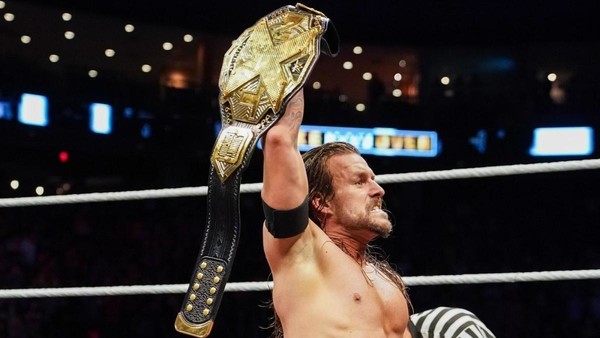 NXT Champion Adam Cole has been riding high since his debut with the brand back in 2016. The Panama Playboy backed up by the Undisputed Era, has run rampant throughout NXT, with the stable becoming one of the most popular acts in the entire company.

In a recent interview with talkSport, Cole delved into the life of an NXT Superstar, going into the connection that NXT talents like Johnny Gargano have with the fans.

I think what’s going to keep us going is now the attachment to the characters. As much as I hated it, I think Johnny Gargano winning the NXT Championship in New York was so special because the fans had followed his journey for that long. So of course, they know they’re going to get really exciting, innovative, hard-hitting, just great pro wrestling.

Adam Cole mentioned that one major part about NXT that makes it such an enjoyable ride for everyone is how much control they have with their characters and their matches.

One of the coolest things about NXT is we have a ton of creative liberties to come up with the story and the vision we have for the match. Of course, there’s input and advice given and there’s suggestions or, you know, ‘We need something this way,’ but generally speaking, myself and Gargano, we came up with that match [two-out-0f-three falls].

We say, ‘Hey, let’s do this,’ and then if we’re stumped on a little area then someone will chime in and come up with another way to take another cool dip or make the match or the story or exciting. We do have a lot of freedom, which is great.

Fans of NXT have, many times over, voiced their opinions on their favorite superstars getting called up to the main roster. We’ve seen how the transition can be downright brutal, with some top NXT stars struggling to get TV time upon their arrival. Adam Cole addressed this, saying that nobody in the locker room is eagerly awaiting to leave NXT, but they’re not afraid to step out onto a bigger stage.

It’s tough to word it. I believe, and I know a lot of guys there in NXT do to, we absolutely love it. We’re not thinking, ‘Gosh, I can’t wait to get to the main roster.’ We’re enjoying what we are doing, the stories we are telling. But, of course, a lot of us eventually as well want to take the step to Raw or SmackDown, but the big thing is I don’t want to look at it as you’re moving up or you’re upgrading. It’s just another brand. That’s how strongly me, Johnny, Ciampa and everyone else feels about NXT.