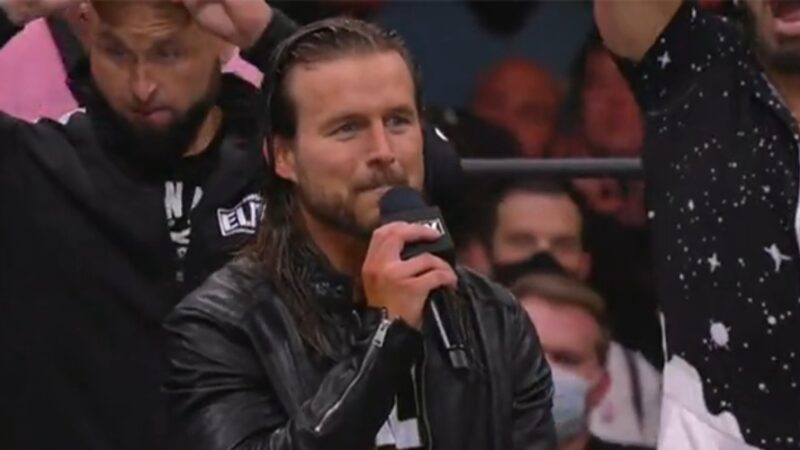 However, that turned out to not be true as his contract is set to expire right after the WWE SummerSlam event on August 21st. Now that his contract has expired, it was said that Adam Cole is done with NXT for good and is unlikely to ever go back there.

Adam Cole ultimately went to AEW as he made his debut at AEW All Out on September 5th. Cole recently spoke on Oral Sessions with Renee Paquette, where he talked about Kevin Owens possibly joining AEW as well.

“I mean this because I’m friends with Kevin. I want Kevin to do what makes him happiest. I really mean it, I mean it in my soul. However, of course I would love the idea of him joining me, and the Young Bucks, and everyone else here. That would be incredible. However, I do want Kevin to be happy. So there’s no part of me that would be angry or upset with whatever his decision is.”