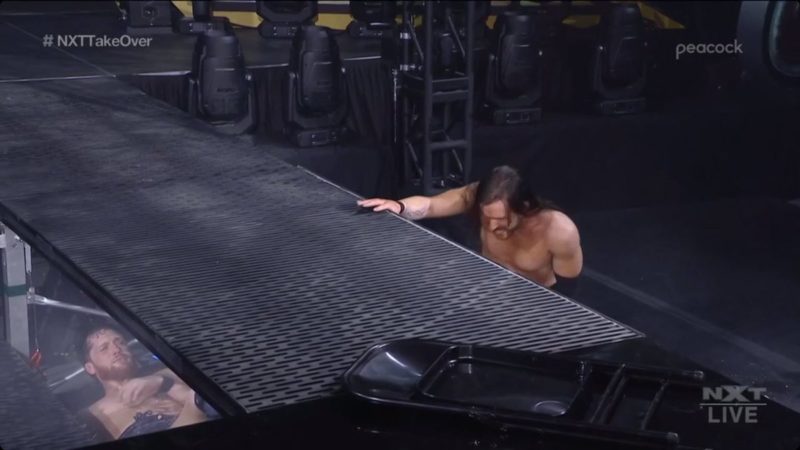 Adam Cole got a nasty cut on his hand during his NXT Takeover: Stand and Deliver match with Kyle O’Reilly. An Undertaker NXT match was ‘turned down.’

You can view a photo below of the wound. O’Reilly won the wild match, going dirty to get revenge on his former best friend.

Fightful wrote, “O’Reilly and Cole tore each other to shreds for over 40 minutes, using chairs, tv monitors, chains, tire irons, and more. A highlight of the bout was the two men crashing through the steel stage, but living to tell about it. The ending sequence saw O’Reilly come off the top rope with a chain wrapped around his knee, landing on Cole, who was laid out on an open chair.

After the victory, O’Reilly walked up the as medical official attended to Cole, loading him onto a stretcher.”

WrestlingInc.com’s Raj Giri tweeted, “This is a critique of today’s wrestling in general. There is too much kicking out of stuff that could seriously injure you. If you hit someone with a cinderblock and they kick out at 2, yes you got me on the near fall, but you also revealed that the cinderblock is bullshit.”

Ryan Satin said on Twitter, “Kyle O’Reilly is the guy.

Been trying to tell y’all for years!

What a match between he and Cole at #NXTTakeOver. Adam sold that finish like murder. Loved it.”