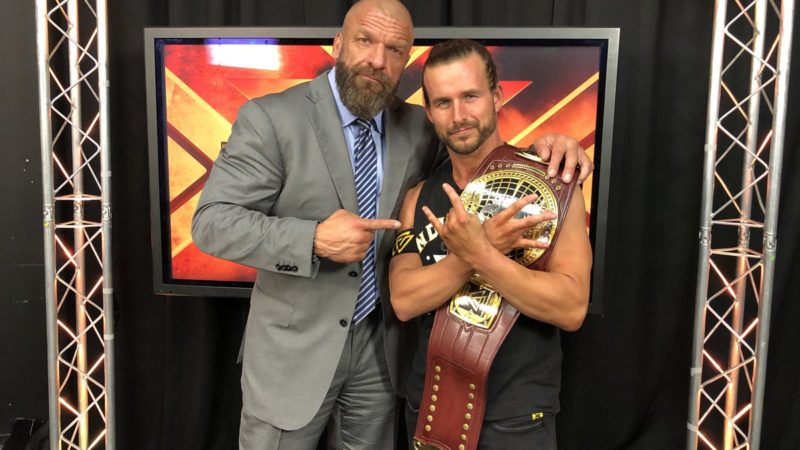 Adam Cole has done everything there is to accomplish on WWE NXT. He was crowned the first ever North American Champion. He also held the NXT Championship title for the longest time in the history of the brand, losing it to Keith Lee at 403 days.

Naturally the WWE Universe has been speculating if Cole would be making the jump to WWE main roster next. In an interview with Sports Illustrated, Cole shared his thoughts on the matter.

Adam Cole on his future in WWE

Adam Cole revealed that he is aware of what the fans expect from him next. But he is happy to be involved with the yellow and gold brand and be a part of its growth and evolution. NXT is the brand he believes in and that is where he wants to stay for now.

“I know some people want to see that, but to be part of a brand that is constantly growing, evolving and getting bigger, to be involved in that rise, it’s such an amazing feeling. I am involved in the growth of a brand I really believe in, and there is so much left for me to do with young talent in NXT.”

However, Cole believes that The Undisputed Era has the potential of becoming a big part on either of the main roster brands.

“With all that said, of course I think that the Undisputed Era would make an incredible impact on RAW or SmackDown.”

Cole competed against Finn Balor on NXT Super Tuesday II earlier this week for the NXT Championship title in a losing effort.

Balor is yet another NXT Superstar who chose this brand over the main roster. The Demon revealed in a recent interview why he was not as happy on the main roster and made a return to NXT.