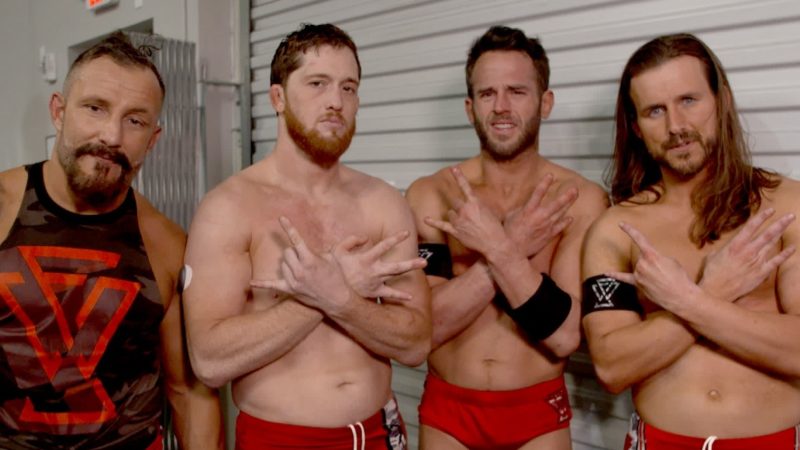 The Undisputed ERA react to win at TakeOver: WarGames

Following their victory in the main event at NXT TakeOver: WarGames 2020 on Sunday night, The Undisputed ERA spoke in an immediate WWE Network Exclusive interview backstage at the Capitol Wrestling Center in Orlando, Florida.

During the interview, which was released across all of WWE’s digital platforms, as well as via their official company website at WWE.com, the four members of The Undisputed ERA spoke about their victory over the four members of Team Pat McAfee in the Men’s WarGames match at the final NXT TakeOver of 2020.

When asked how good it felt to finally go to war — and come out on top — with Pat McAfee, Pete Dunne and The Kings of NXT, the foursome made it clear it’s among the best feelings in the world.

“Oh my god! How good did it feel,” Cole responded. “Just imagine the best day of your life and times that by ten!”

Cole continued, “I’ve said before how much I can’t stand Pat McAfee, about he’s the person I hated, hated the most here in NXT and finally his mouth didn’t back up what he had to say.

“Finally Pat McAfee had to be locked inside WarGames with nowhere to run,” said Cole. “With the greatest faction in WWE.”

After a couple of words from Bobby O’Reilly about Oney Lorcan, Danny Burch and some of the others members from Team McAfee, the leader of The Undisputed ERA chimed in to close out the post-match backstage interview.

“We’re banged up. We’re really hurt,” said Cole of their physical condition after a brutal, near hour-long showdown inside WarGames against Team McAfee at NXT TakeOver: WarGames 2020 on Sunday night. “After every single WarGames, we’re banged up and we’re hurt, and we come back and we show the world who the hell The Undisputed ERA is.”

Cole wrapped up the interview by reiterating the fact that the foursome continues to plan to show the NXT Universe what The Undisputed ERA is all about.

“We showed Pat McAfee,” said Cole. “We showed the entire world, and now we’re going to continue to show NXT what The Undisputed ERA is all about.”

Watch the complete post-NXT TakeOver: WarGames 2020 backstage interview with The Undisputed ERA from Sunday night via the video embedded below courtesy of the official WWE Network Twitter feed.

For those who missed the special over the weekend, read our detailed match-by-match and segment-by-segment NXT TakeOver: WarGames 2020 Results From Orlando, FL. right here at Wrestling-Edge.com!