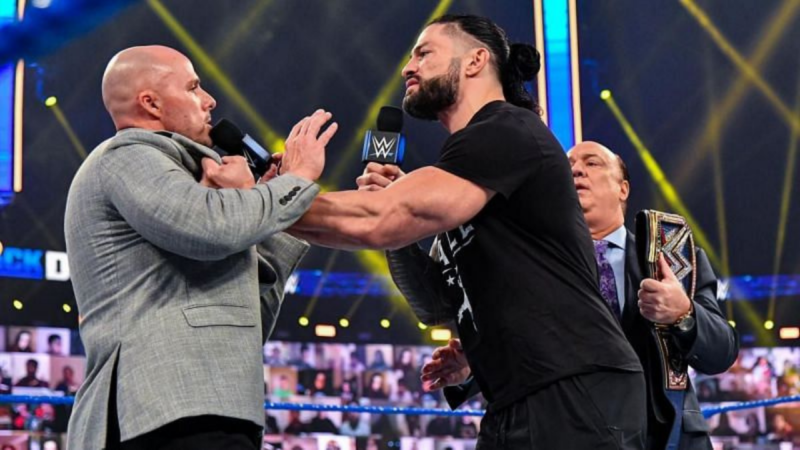 Roman Reigns will not face Adam Pearce at Royal Rumble

Reigns also unloaded on Edge, saying he doesn’t want it, and got nervous last week. Reigns said Edge is scared, and he will beat him down so bad he will have to be put on a Legends contract and be an Ambassador for WWE. Reigns said he’s not losing WWE Universal Title until he wants to, and it’s staying on his shoulder for good.

Reigns proclaimed, “I’m the Sun. Everything orbits me. You’re here because of me.”

Cesaro also started a feud with Seth Rollins, as Rollins attacked Cesaro after his heel comeback promo when Cesaro was the only wrestler to remain ringside after the whole Smackdown roster, who were watching, left.