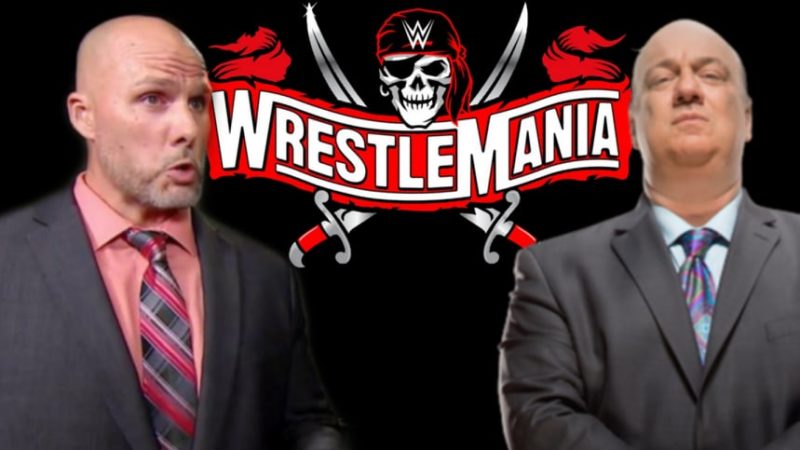 In recent months, Adam Pearce has become quite a significant on-screen character in WWE. The Backstage Producer has been a part of numerous high-profile feuds and even earned a number one contender’s spot against the WWE Universal Champion Roman Reigns. Although this was used as a tool to progress storylines and not as an actual title shot, Pearce’s popularity increased drastically with it.

A fan recently took to Twitter to suggest an interesting match idea that involved Pearce. The suggestion said that Pearce should put himself in a match against Roman Reigns’ business associate Paul Heyman at this year’s WrestleMania.

Pearce responded to this tweet with a series of thinking emojis, implying that this was a worthy suggestion and perhaps, not a bad idea at all.

Pearce is an accomplished wrestler and a former NWA Champion who can obviously run circles around Heyman when it comes to wrestling. The possibility of this match actually happening isn’t too bright but if it did take place, it would be a very interesting and entertaining addition to the WrestleMania card.

Who wouldn’t want to watch Heyman get put in his place and who better to do it than the unanimously beloved Adam Pearce?