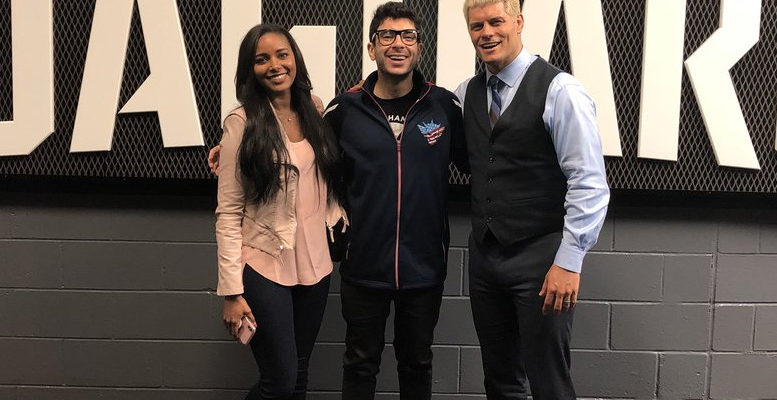 All Elite Wrestling’s Double or Nothing PPV is estimated to have done a mammoth 98,000 buys according to the Wrestling Observer Newsletter.

The buys represent TV and Internet/streaming distribution with around a 50/50 split. Around 66% of purchases came from the US with the UK easily coming in at number 2 for the next biggest market, followed by Australia, Germany and Canada.

The overall number represents a historic moment for wrestling as the previous record for a non-WWE/WCW event stood at 99,000 buys for ECW Heat Wave in 1999. Given the PPV will be replayed, Double or Nothing will likely pass that figure and easily surpasses their previous ALL IN event which did 55,000 buys. By way of comparison with other promotions, Impact Wrestling has only approached the 50k mark on several occasions in 16 years according to the Observer.

Saturday, May 25 also saw AEW as the second most searched for item on Google Trends with 220,000 searches, only behind the Toronto Raptors, who incidentally secured their first appearance at the NBA Finals that same evening. The number of searches is 35% more than WWE’s last PPV (Money in the Bank) and 12% more than the last UFC event.

Tony Khan and team can reflect on a very strong start for the promotion which is likely to go from strength to strength in the current climate.