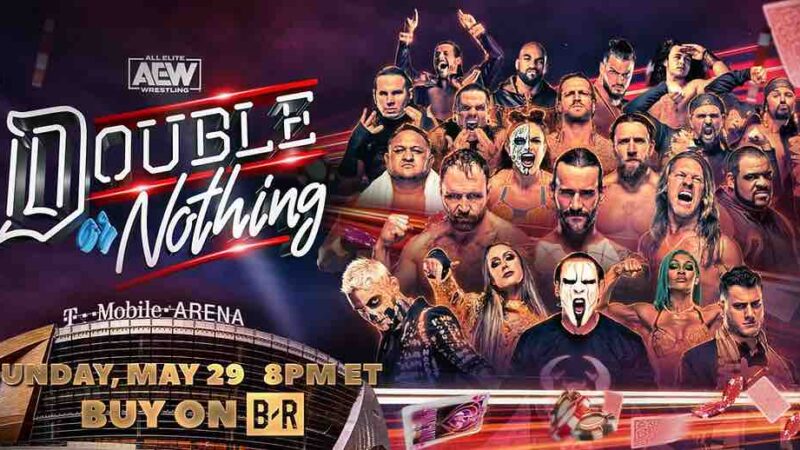 Sean Ross Sapp has tweeted that a flight for MJF has been booked out of Las Vegas after he no showed the AEW Double or Nothing Fan Fest meet and greets. MJF is booked to face Wardlow tomorrow night. His status for the show is ‘uncertain,’ Sapp reports.

MJF has been vocal recently about issues with his AEW contract, and he has teased jumping to WWE in 2024 when he is a free agent.

I can confirm a flight out of Las Vegas tonight has been booked for MJF.

Ronda Rousey dethroned Charlotte Flair off the WWE SmackDown Women’s Championship in an ‘I Quit’ match at WrestleMania Backlash. ‘The Queen’ screamed the words and endured a loss at the show. Recentl, Rousey recalled that she had made a pitch for the bout but that was not taken in consideration.

Ronda Rousey reveals what she pitched

The build to the match between Charlotte and Ronda heavily featured Drew Gulak. Both women took turns beating up the WWE superstar. Flair put him in the Figure 8, while Ronda hooked him in an armbar. On her latest Facebook live stream, Ronda Rousey talked about the match. Ronda said she made a pitch to involve Gulak in the match itself. It didn’t happen, but it was an interesting idea.

WWE is yet to determine a challenger for Rousey. Recent reports noted that WWE is looking for a new opponent for the current SmackDown Women’s Champion Ronda Rousey after the suspension of Sasha Banks. WWE’s original plan was for Banks to face off against Ronda. This was before Banks and her Tag Team partner Naomi walked out of the arena during RAW last week. It led to their immediate suspension and they were stripped of their Tag Team Championship as well.

Dave Meltzer stated on the recent edition of Wrestling Observer Radio, that WWE is aiming to find Rousey a new opponent.

“That was never the plan [for Ronda to have a rematch against Raquel Gonzalez]. The plan was Ronda Rousey and Sasha Banks. So, now they have to make a new plan. You’ve got Raquel Gonzalez, you’ve got Natalya, you’ve got Shayna.” Meltzer added: “You could do Becky Lynch, but they’re not going to do Ronda Rousey – Becky Lynch. You know, Bianca Belair and Asuka are together, it’s not going to be that. So yeah, you could send Carmella or whatever. You could send Rhea Ripley.”