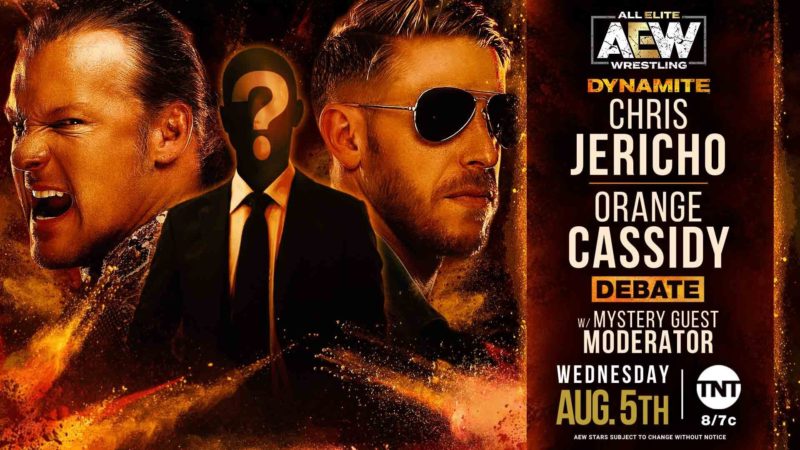 Matches for 8/5 episode of AEW Dynamite

Another big lineup has been announced for AEW Dynamite next Wednesday night.

During this week’s AEW program several big matches and segments were made official for next week’s program.

Scheduled for the Wednesday, 8/5 episode of AEW Dynamite is the following:

Featured below are some tweets confirming the aforementioned matches for next week’s show, except Moxley-Allin, which was announced just as this week’s AEW Dynamite show was wrapping up.

For a complete recap of this week’s show, check out our AEW Dynamite Results For July 29.

Next week on #AEWDynamite – It's shaping up to be yet another PPV worthy card!
– @CodyRhodes & @TheMattCardona in tag team action
– Elite & FTR vs. Dark Order
– @IAmJericho & @orangecassidy debate
– @The_MJF update pic.twitter.com/PzqtRsSXza