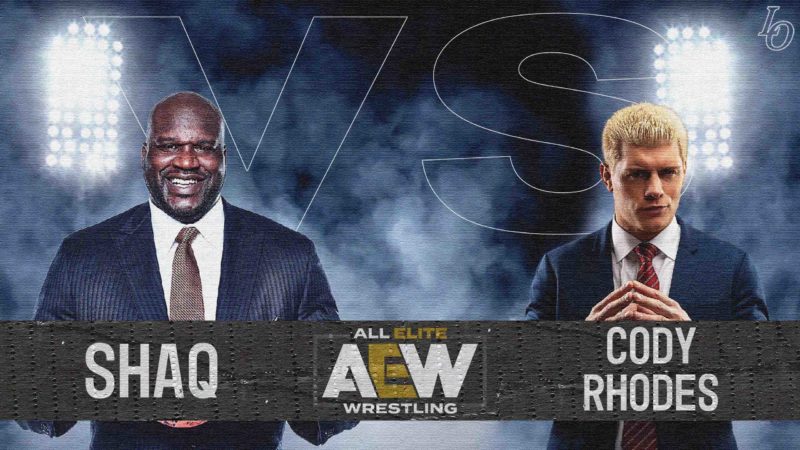 Shaquille O’Neal, known as Shaq to most fans, formally challenged Cody Rhodes to a match in March at the AEW Awards on Wednesday night.

Cody responded on AEW Dynamite in an interview with Tony Schiavone, being unsure until Arn Anderson offered Red Velvet as a tag partner for Cody against Shaq and Jade Cargill. Brandi Rhodes was likely set for Velvet’s spot, but her pregnancy has put a stop to this.

Velvet told Jade that Cody would never put his hands on her, but she was ready to “stir your b**** ass up.” Tony Schiavone said the decision is now Shaq and Jade’s.

It appears that a Cody and Red Velvet vs. Shaq and Jade Cargill mixed tag match at AEW Revolution on March 7th is the direction AEW is going, with Shaq making his in ring debut. Sting will also have his first AEW match at Revolution, teaming with Darby Allin against Team Taz’s Brian Cage and Ricky Starks.

The in ring segment led to a gross and hilarious tweet from Jade Cargill about Shaq. Brandi first tweeted, “You’re a real one @Thee_Red_Velvet ! Stir it up Cupcake CupcakeFire#AEWDynamite.”

Do you think Jade went too far with her remarks? Let us know in the comments section.