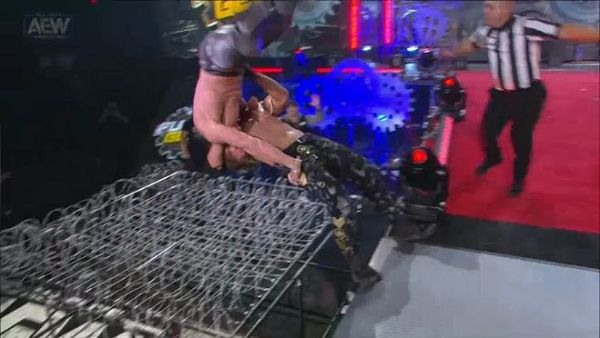 At last year’s AEW Full Gear, Jon Moxley squared off against Kenny Omega in an unsanctioned lights out match. It seems the match turned out to be costly for AEW.

The Maryland State Athletic Commission is fining AEW $10,000 for their unsanctioned match. There also could be harsher penalties if there are repeat offences.

Former WCW Announcer Christopher Cruise was the one who sent in the complaint. Here is what he said in his post on Facebook.

Look, the easy thing to say in response to the $10,000 fine levied on AEW by the MSAC is that it is pocket change for a billionaire. I get that. But it ain’t nuthin. And it is public, or will be on May 20th when the Commission meets and then posts the consent order on its website, and distributes it to all other commissions throughout the country. And keep in mind that the next violation will result in a revocation of their license in Maryland and possible show stoppage. In the middle of a match. The Commission is on notice now that others are watching its actions. This puts AEW on notice, as well, and it embarrasses the company. By this time tomorrow the story will have spread far and wide. And it will appear in mainstream publications. This is a black eye for AEW and for the business.

It is unlikely we will be seeing barbed wire in AEW matches for a long time.