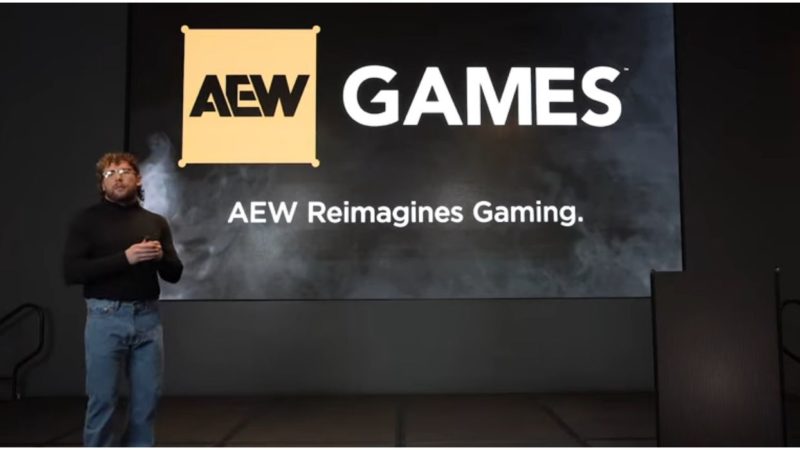 AEW fans have been eagerly anticipating an AEW video game ever since the company’s inception. It seems they have finally got their wish as the company made some huge announcements.

AEW games started the virtual press conference after a slight delay. Kenny Omega came out, sporting a Steve Jobs look. He said that they “shall re-write history and make history together.”

Omega said that it was part of his contract with AEW to be a part of AEW Games. He desired a game to be “easy to pick up, but difficult to master,” similar to NBA Jam.

He then showed footage of a very early in development game, where fans could see Omega and Chris Jericho battling it out. He revealed that AEW is working with Yuke’s on the new console game. Yuke’s made the WWE Smackdown vs RAW games that were a huge hit with fans.