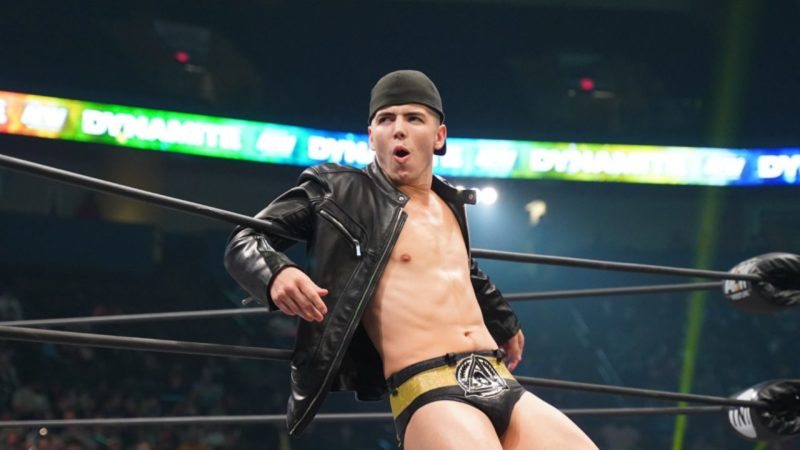 Sammy Guevara quit The Inner Circle on last week’s episode of AEW Dynamite. It seems there were other big plans for him but those plans fell through.

According to a report by Slam Wrestling, Sammy Guevara was going to be involved in a storyline in Impact Wrestling. However, it seems Guevara complained about the creative direction of the storyline, leading to the storyline being nixed entirely.

It was stated that  “Impact’s first take on things was rejected but a second idea was given the greenlight by Khan.” Then during the first day of the show, Guevara complained and Impact Wrestling informed this to Chris Jericho and Tony Khan.

Plans were made to shoot the angle the next day but Impact received a message directly from Guevara complaining about the creative direction. Impact in turn contacted Khan and Jericho with this news. Jericho reached out to Impact Executive Vice-President Don Callis about banning Guevara from Impact’s premises.

It was also reported that when Sammy Guevara made his way to Nashville to tape the segment, he was told by Chris Jericho via a text message to return home.

According to PW Insider, Guevara was supposed to take part in a short storyline that would have been a follow up to his recent departure from the Inner Circle.

We are told that the majority of what had been planned for Guevara saw Decay’s Black Taurus utilized in that role instead.

Dave Meltzer also confirmed the story on  F4WOnline.com forums, where he said

Story is true but I don’t sense anyone is that upset by it.