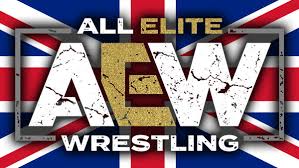 All Elite Wrestling has fans who watch the product all around the world. They have not gone to the UK yet, but that might be changing. It is interesting to note that Tony Khan also lives in London.

Dustin Rhodes spoke Talk Sport, where he revealed that AEW might be going on a mini-tour in the UK in the future. Here is what he said:

“Rumor has it that we may doing a little mini-tour over there in the UK,” Rhodes revealed. “And I hope so, I hope that’s true. Definitely want to hit London, man. London is a good town for us, good town for wrestling. All the UK is, man. The UK has got deep roots in wrestling and they love wrestling. So hopefully, sooner rather than later, we’re going to get over there.”

The promotion only started last year and has already made an impact in the world of professional wrestling. It will certainly continue to expand to other countries, so we will have to see when AEW ventures into the United Kingdom.