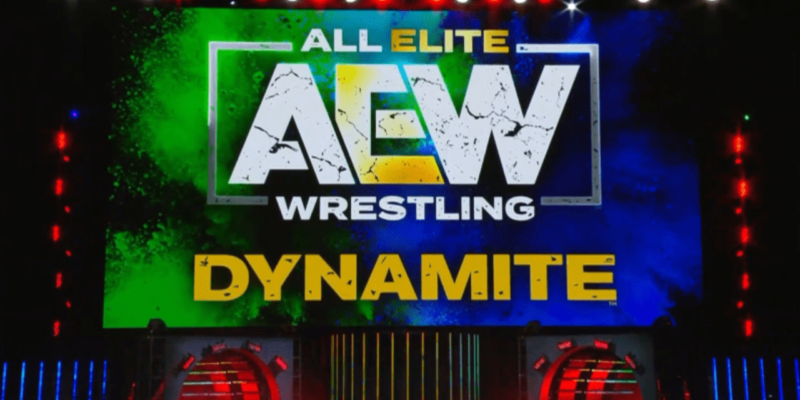 Last night was the go-home show for AEW Double or Nothing. It was an action-packed episode of Dynamite as always, but sadly it seems like some performers came out worse for wear.

According to Bryan Alvarez of The Wrestling Observer, three members of AEW’s roster suffered injuries on Dynamite, ranging from minor to possibly devastating.

All hell broke loose between the Casino Ladder Match participants!

Order Double or Nothing on Saturday, May 23rd on all major cable & satellite providers / @BRLive / @FITETV (International Fans Only) #AEWDoN pic.twitter.com/ykfu5zerIy

In the middle of his match with Orange Cassidy, Fenix took a dive to the floor. Four men were on the outside, but it seems that Fenix may have jumped too short, and they failed to catch him on the way down. He appeared to land right on his hip and was seen by the medical staff immediately after the match.

Thankfully, it’s nothing too serious, and he’ll be fine for Double or Nothing.

Britt Baker, however, may have come out with a serious injury. During a tag match, Hikaru Shida and Kris Statlander accidentally dropped Nyla Rose on top of the good doctor’s leg. Baker immediately grabbed her knee in pain, and though she worked a few spots after, she had trouble putting weight on it. Rose would drag her to the corner to make the tag.

Statlander and Baker are currently set to face off in a singles match at AEW Double or Nothing. However, there’s a chance that may change now.

Finally, we saw the return of The Young Bucks and Adam Page last night in a brawl between The Elite and The Inner Circle. It seems, though, that Matt Jackson may have injured himself on a dive during the chaos. The Bucks dove off the stands to the field, taking out Ortiz and Santana.

However, Matt Jackson possibly suffered an injured rib during the dive. The extent of the injury isn’t clear, and could likely just be a bad bruise. The Young Bucks are currently set to join Matt Hardy and Adam Page in a Stadium Stampede Match against The Inner Circle at Double or Nothing.

For now, no matches have been affected, and the card for the event hasn’t changed. We’ll keep you updated as we get close to Double or Nothing this Saturday.