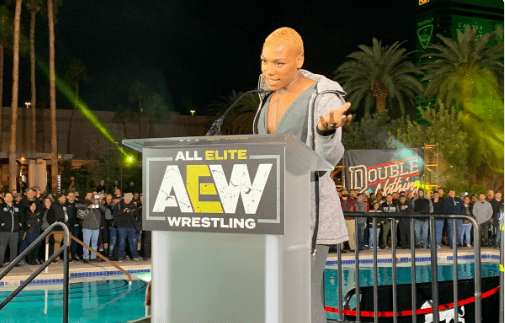 The AEW Double or Nothing Ticket Announcement Party announced a lot more than just info on the Tickets. Several signings were made official, matches were announced and partnerships were made at this historic event.

One of the wrestlers signed is former Lucha Underground wrestler Sonny Kiss fka XO Lishus. Kiss, an openly gay wrestler, will bring diversity and a different style of wrestling to All Elite Wrestling.

In his promo at the Ticket Announcement Party, Kiss cut a vicious promo about what to expect from him in AEW and also announced that he’ll be appearing at the Double or Nothing pay-per-view on May 25th.