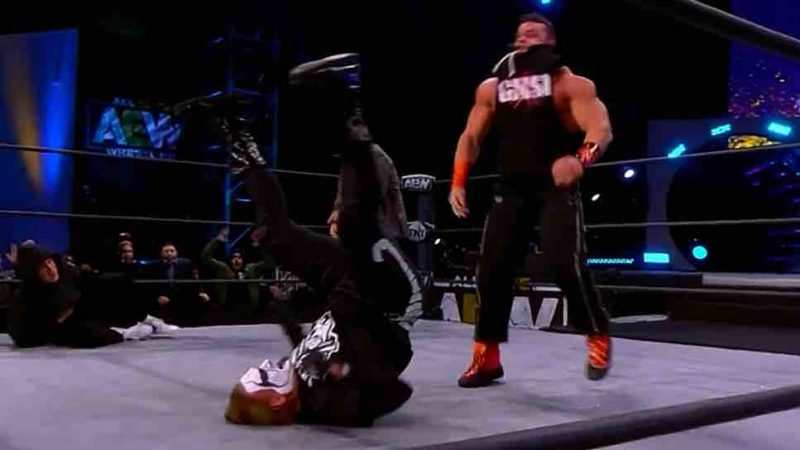 Sting took his first bump in AEW on Dynamite on Wednesday, with Brian Cage choking him out with his bat and then powerbombing him. A Sting Wolfpac reunion was teased last week.

Sting last took a bump at WWE Night of Champions 2015 when Seth Rollins bucklebombed him and appeared to end his career, as he suffered spinal stenosis. On tonight’s show, Team Taz came out, though without Ricky Starks and Powerhouse Hobbs due to the Texas snowstorm. Taz called out Sting, who came out without Darby Allin due to last week’s Team Taz attack. Sting then threw down his bat, and fought Hook and Cage. Cage choked Sting before delivering a devastating powerbomb.

Chris Jericho recently discussed Sting’s creative freedom on Talk is Jericho. He said, “Something though that you don’t get in WWE, and I’m not saying this badly, because it’s just the way it is there” Chris Jericho began on the podcast. “But the creative freedom [in AEW]? I think it’s something that…everybody who comes from there to here, and I had the New Japan buffer which was kind of leading me to like ‘wow this is actually possible,’ but if you look at Mox, Hagar or Brodie? Even Miro, Sting or FTR, people who come from that world? You’re almost forced to think more for yourself and collaborate more, rather than having stuff given to you.”

“I think at first? There’s a little bit of shock. Matt Hardy [for example], said ‘like I can really just come up with my own sh*t?’ Like ‘yeah, do it!’ And I think Sting is starting to feel that, like ‘wow like I can actually call him a hoodlum and smash a window and I don’t have to ask permission!?’ Because this is the right thing to do.”

The street fight at #AEWRevolution is just around the corner. But, @Sting was ready to throw down NOW.
WATCH #AEWDynamite on @TNTDrama pic.twitter.com/OhQ5F7jT2Q