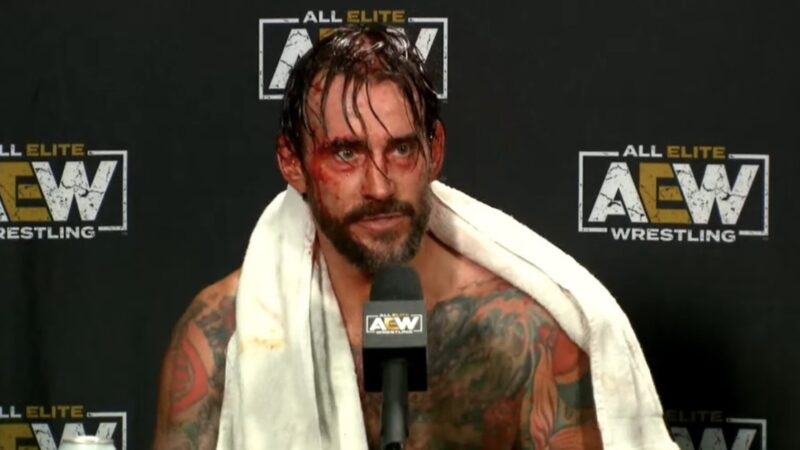 CM Punk and Ace Steel’s backstage fight with The Young Bucks and Kenny Omega led to one of the Bucks getting a black eye.

PWInsider reported, “We have heard from a number of people in the company backing one side and blaming the other. Some were backing Omega and The Bucks, given Punk’s comments, feeling Punk’s verbal statements led to the incident and he was the guilty party. Others were backing Punk and questioning why EVPs stormed into his locker room, placing Punk in a situation where he would be outnumbered and that their decision to go there was partly responsible.”

Christian Cage made his return to WWE during the Royal Rumble pay-per-view but was never seen on WWE television since then. In the end, he decided to sign a contract with AEW and made his debut at AEW Revolution last year. He then started a feud with Jungle Boy this year.

They faced each other in a squash match, which was not the original plan. According to FWOnline,an injury to Christian Cage led to his match against Jungle Boy being kept short at All Out on Sunday.

“The reason there was no match was because Christian couldn’t wrestle,” Meltzer added.

At All Out on Sunday, Christian beat Jungle Boy in a match that went 33 seconds. During his ring entrance, Jungle Boy was attacked by Luchasaurus and choke slammed on the stage area. Luchasaurus would then powerbomb Jungle Boy through a table. Once Jungle Boy was able to get to his feet and the match began, Christian hit a spear on him and gave him the Killswitch for the win.

Bryan Alvarez of F4WOnline.com noted that Black “blew a kiss to the crowd and bowed on the way out” of the arena after his match at AEW All Out. As previously noted, Black reportedly asked for his release from AEW.