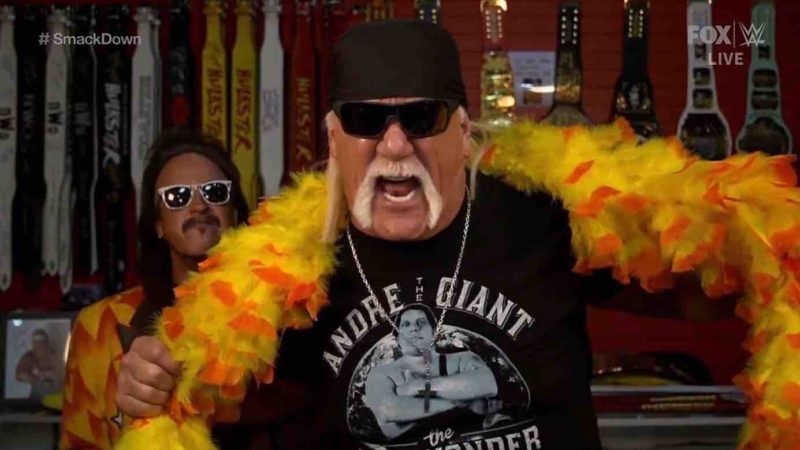 Ace Steel was recently released from AEW. It has seems that things not ringing true as he shared a photo of Macho Man Randy Savage famously confronting Hulk Hogan backstage. He captioned the post with, “false accusations running wild.”  It’s unclear whether he is alluding to the report that he was expecting to stay in AEW or what happened in the fight.

A confirmation had come that Ace Steel was released by AEW. It was speculated that Steel was released from AEW when he had sent out a tweet with an animated gif that said “Freedom” on October 12th. Dave Meltzer confirmed on Wrestling Observer Radio that Steel is no longer under contract with the company.

“So he was officially released yesterday. So I guess that is the first bit of news out of that whole situation in weeks. There’s a lot of other stuff going on.”

CM Punk was reportedly involved in an altercation following the conclusion of the All Out pay-per-view. During the post-AEW All Out media scrum, CM Punk blasted Colt Cabana, Hangman Page, Kenny Omega and The Young Bucks. Punk utterly buried Page and Cabana in particular while blaming the Bucks and Omega for being incompetent EVPs.

It has been further noted that CM Punk, The Young Bucks, and Kenny Omega are all still with the company, but they are under suspension.  We will have to see what the future holds for them.