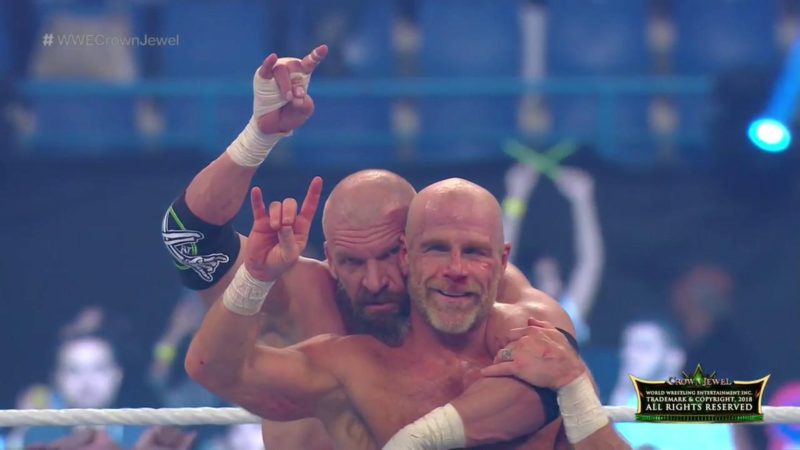 Dave Meltzer said there is a possibility of Billy Gunn recording a video for the DX 25th anniversary celebration on WWE Raw in two weeks, but it’s unlikely he’ll appear live.

AEW President Tony Khan is reportedly not granting any request for the release of the talents. Malakai Black was reportedly granted a conditional release from AEW and his future with the promotion seemed unclear. It was reported that the former WWE star recently approached Tony Khan, citing his mental health as the reason for him requiring some time off from the in-ring competition.

At the time, it seemed many talents were making their way back to WWE with Triple H in an administrative role. At the All Out pay-per-view, when Black was making his exit after his tag team match, he blew a kiss to the fans, thus hinting that it would be a while till they see him next. However, he recently confirmed he is still under AEW contract. It seemed he is not the only one to ask for release. It was reported that WWE also wanted FTR to join the company.

Tony Khan is not allowing any talent to depart

During Wrestling Observer Radio, Dave Meltzer of F4WOnline.com addressed the reports that certain AEW wrestlers have asked for their releases:

“Nobody’s getting released, that’s the doctrine. [AEW President] Tony Khan made that very clear I guess in the last couple of days. So now it’s just, [Malakai Black’s] not being released, Buddy Matthews isn’t being released. Now they may be back sooner than before. They were wanting to go and trying to get a way out.

It’s not to say it’s hard and fast, and there’d be no way they’d never give anybody a release. But I think it’s pretty much the deal that if this happened in any other company, would those people get releases, and the answer is no. They signed the contract, so basically now their option is to sit at home – and [Tony Khan] can extend the contract if they sit at home – or wrestle. So now they’re gonna wrestle. He [Malakai Black] waved goodbye and now he’s coming back and he’s gonna blame me.”

“They really came after [Tony Khan], it’s pretty blatant that [WWE] came after so many of the guys. Basically everyone who had worked there, there might be an exception, every name that you would think of that had a previous relationship with Triple H was contacted and told to ‘try and get your release and come in.’ Several went to Tony and said, ‘they’re contacting us we have no intention of going’ and several said ‘we want the release’ and have been told no.”

It has been noted that other wrestlers who were also contacted informed AEW management that a member of WWE Talent Relations had reached out to them. This led to AEW’s head of legal, Megha Parekh, writing a letter threatening WWE for contract tampering. Tony Khan announced this news to the AEW roster at a talent meeting last month. There have been reports floating that Swerve Strickland and Bobby Fish were also approached by WWE.