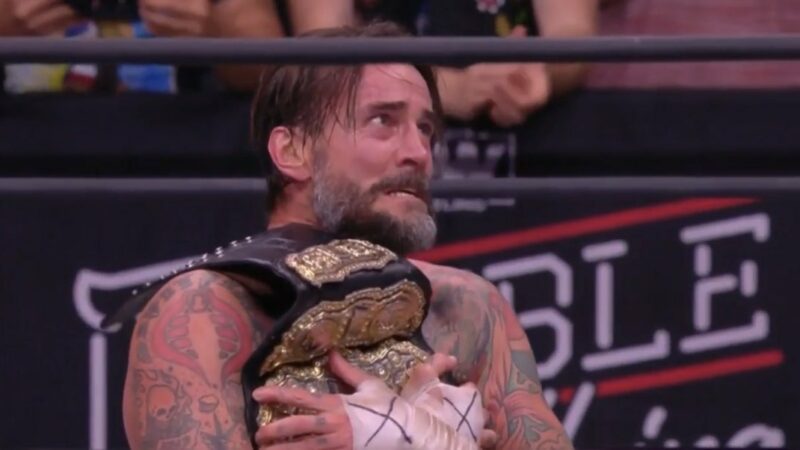 CM Punk buried Colt Cabana, The Young Bucks, Kenny Omega, and Hangman Page during the All Out media scrum, and Fightful Select reports that The Bucks and Kenny Omega threatened to walk out of AEW after Punk’s rant.

“Immediately after the scrum rant, talent had informed Fightful that Kenny Omega and the Young Bucks were extremely pissed off, and one claimed that they were threatening to walk over the comments. Fightful Select but had heard prior that at least one of the Young Bucks had been in contact with talent outside of AEW indicating that many of the rumors heard about Punk and the frustration around him were true.”

The Bucks and Omega’s scrum appearance was canceled, and security was seen rushing away, possibly to stop an altercation with Punk.

I found the part of the security homie running out of the scrum. pic.twitter.com/8rxAeUilSj

Many fans hoped to see Sasha Banks come to AEW after she walked out of WWE, but she will be returning to WWE.

She became one-half of the WWE Women’s Tag team champions alongside Naomi. However, both of them walked out of Monday Night RAW back in May due to creative differences. It was said that Sasha Banks might have been released as well. However, with Triple H now in charge of WWE Creative, it is likely Sasha Banks and Naomi will finally return soon enough.

Sasha Banks and former WWE Superstar Kalisto were recently interviewed by “Cannabis & Tech Today” Magazine to promote Kanndela, their CBD company in Winter Park, Florida. Banks revealed that CBD even helped her stop drinking and taking painkillers when she was depressed back in 2018.

“Being a professional wrestler, it’s so draining,” Varnado said. “It’s so, so hard. We’re never home. We’re always banged up and always hurt. And once I got introduced to CBD my life just fully, fully changed. I noticed that anxiety I would get, once I took CBD it all just dissipated. I started to feel like myself again. I started [working] with Manny and Abby, and the more that we learned and grew, we just wanted to create our own project.