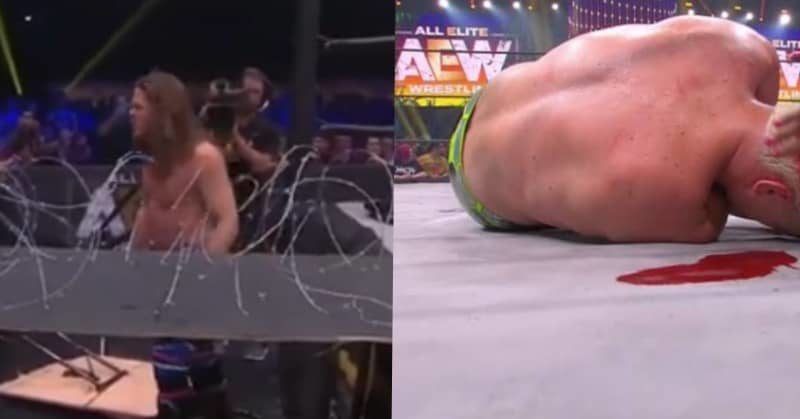 AEW Fyter Fest was all kinds of hardcore with chair shots to head, unsanctioned matches, busted heads and lots of swearing. In the post-show conference for the event, President Tony Khan was asked if this continues in the future when AEW becomes a weekly show on TNT and Khan said that it’d certainly not be the case.

Khan stated that this was a streaming show/pay-per-view and the rules will definitely change once they become a weekly show on TNT. He said that although fans expect it to be really violent, the weekly shows will definitely not have that and they’d have not have offered this to TNT either.

(h/t to comicbook.com for the quotes)

No, definitely not. This was not TV, this was a streaming show. It was effectively a pay-per-view in a lot of the world, in the US it was presented free, but it was a pay-per-view. So you can expect different rules for pay-per-view. And we said going in, these are non-sanctioned, hardcore matches. And I think that was the expectation going in, and we wouldn’t have advertised that kind of violence. We wouldn’t have offered that on TNT, 100% no.

All Elite Wrestling is expected to debut it’s weekly TV show on TNT later this year.