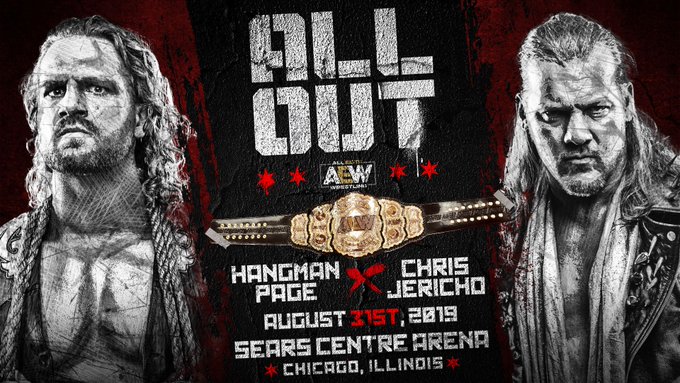 All Out will take place at the Sears Centre Arena in Chicago, Illinois, where AEW essentially began, in spirit anyway, with All In back on September 1st, 2018. Nearly a year to the day, the company will crown the first AEW World Champion.

At Double or Nothing, Adam Page and Chris Jericho both won opportunities to become the first ever AEW World Champion.  Jericho defeated Kenny Omega in the main event of the PPV to earn the right to challenge for the belt. Page, who was originally slated to face PAC at Double or Nothing, was slotted into the Casino Battle Royale, where he last eliminated MJF to secure a future shot at the title.

Now, we have an official date for their clash. At AEW All Out on August 31st, Jericho and Page will face off for the right to become All Elite Wrestling’s first champion.