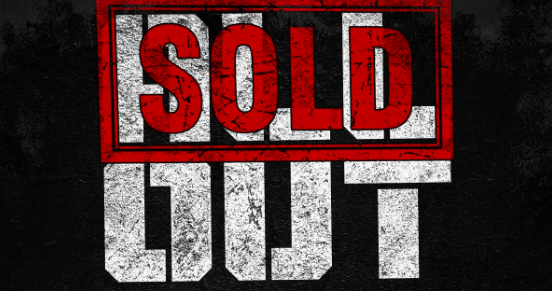 All Elite Wrestling’s first pay-per-view – Double or Nothing was met with incredibly positive reviews from fans and wrestling critics alike and it has truly got us all wondering what the promotion will bring to us next.

The tickets for the promotion’s sequel pay-per-view to last year’s “ALL IN” event, named ALL OUT, were to go on sale yesterday and boy did they sell. Before the tickets went up for sale, a match between Kenny Omega vs Jon Moxley was announced and the wrestling internet broke.

The effects of this were clearly seen when the ticket sale started and ended within 15 minutes. Yes, the show was completely sold out in 15 minutes.

The EVPs of the company all reacted to this tremendous feat on their respective Twitter accounts.

Thank you. Very much. pic.twitter.com/QRThXeF07I

ALL OUT is scheduled to take place at the Sears Center in Chicago, IL on August 31st.