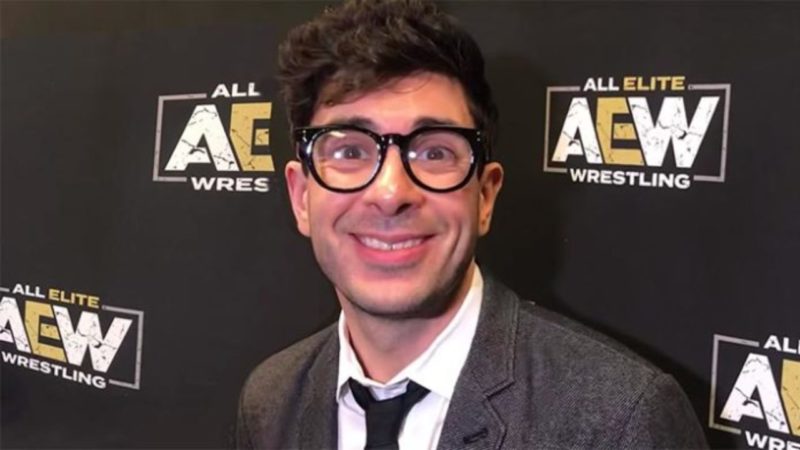 During the briefing, Khan discussed the current state of AEW, what fans can expect from the ALL OUT pay-per-view this weekend, and preview the event card – including the AEW World Championship showdown between Jon Moxley and MJF, the Mimosa Mayhem match with Chris Jericho and Orange Cassidy, the AEW World Tag Team Championship match with Kenny Omega & Hangman Page vs. FTR, and the AEW Women’s World Championship battle between Hikaru Shida and Thunder Rosa. Following the briefing, Tony will engage in a Q&A session with attendees.

As the webinar went live, the host began, “This Saturday Night AEW will broadcast the 2nd edition of ALL OUT from Daily’s Place Amphitheater in Jacksonville, FL. What’s shaping up to be the biggest shows of the year, we have three world championship titles on the line, a 21-man casino battle royale, as well as some wildly entertaining match-ups across the board. There’s lots to cover today, we have 45mins or so, and Tony is ready to go.”

At this point Khan is welcomed officially as the first question was read. Khan was asked about the FTW title and how it will be handled compared to other AEW titles. In response, Khan stated, “The FTW title will be treated totally differently than the other titles.” Khan continues on that regarding the FTW Championship he’s working on a pilot, a different kind of a project, a different way the titles are defended. The TNT and AEW titles are very important, but we haven’t totally established the specifics around the FTW title. “There’s a lot in store and I’m excited about it, so I’m glad you asked,” Khan finished.

The question and answer segment continued with Khan answering questions about the “Buy-In” for the pay-per-views. Specifically, the questioner mentioned the Tooth and Nail Match set for the All Out main card this weekend. Khan stated hat Hangman and MJF were part of the first ALL OUT for the “The Buy In”. Khan continued, “we try to put exciting stuff on the first hour of the show so they will want to buy the second half.”

Yet another question involved the working relationship between AEW and NWA. Khan was quick to share that he has a good personal relationship with Billy Corgin. Khan also shared that he was excited about the Thunder Rosa match with Hikaru Shida for this weekend. He also added that he doesn’t have plans to work with anyone else from within the NWA at this time.

The question several fans in the chatroom and at home had hoped would be brought up, was finally asked by Nick Houseman from Wrestling Inc. Houseman noted that Brock Lesnar is currently a “free agent” before adding his question, have you talked to Brock? Do you have interest in Brock? What about the speculation about possibly finding his way into AEW.

For the first time during the entire broadcast, Khan was speechless… momentarily that is. Khan quickly regained the control with a short and direct answer to shut down the question,

When discussing this weekend’s pay-per-view, Khan states, “This year is not just about putting fans in the chairs. This weekend is going to be one of the highs.” He states he wants fans to anticipate the wrestling they will see during the show.

Khan concludes with confidence in his voice, “I can’t tell you how excited I am for this weekend. This weekend, from bell to bell, this is going to be the best wrestling you’ve seen since the pandemic!”

Khan then apologizes for the long-winded answers about the highs and lows of the pandemic and his ability to do great things with AEW.

“This might be the pull-out quote of the conference,” Khan began, “…but I though Double or Nothing kicked the crap out of Wrestlemania.”

He adds that it was later in the pandemic, but they had been doing testing and had good testing. Khan states he was so proud of it, and they’ve come a long way since Double or Nothing.

The final questions discussed the possibility of a second All Elite Wrestling show on TNT. Tony responded that a second show won’t be AEW Dark or third hour on TNT.

“The company’s second show will NOT be AEW Dark. Khan says that he speaks with Warner Media’s executives quite frequently and the show will be launched within the next year but those plans could be changed due to COVID-19.

AEW ALL OUT starts Sunday September 5, 2020 at 7:00 p.m. (Eastern Time). Be sure to return to Wrestling-Edge.com for LIVE results and coverage!

The full conference can be listened to below: