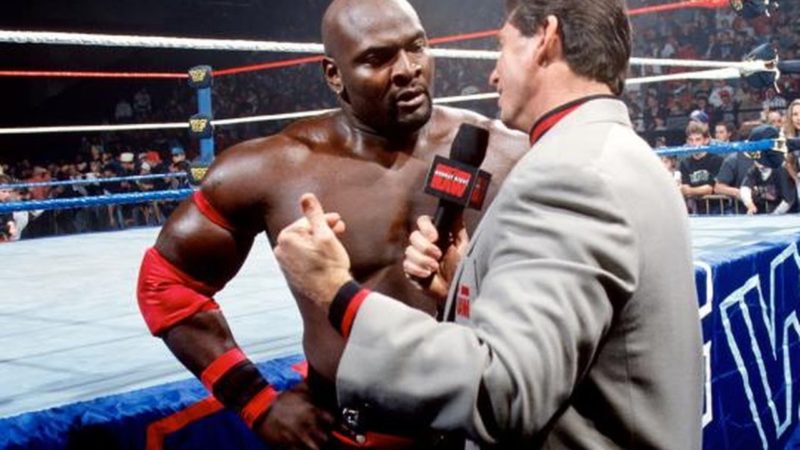 Former WWE Intercontinental Champion Ahmed Johnson recently spoke on the “Why It Ended With Robbie E” podcast. Among other things, he talked about how Triple H and Scott Hall helped with his career.

”One person that really helped me that I can say… Triple H helped me in the ring. Razor Ramon helped me, too. He would watch my matches and when I got done, he would pull me to the side after most of my matches.

He would pull me to the side and tell me what he’d seen that he liked, and what he didn’t like. I had those two in my corner in the beginning, so, that was cool with me. Then Razor and them left, but in the beginning that’s the two guys I would give credit to.”

Ahmed also talked about the infamous kiss from Goldust on live TV, where he said he was not happy how Goldust improvised the segment.

“We practised this over & over, and Goldust was supposed to put his hand over his mouth. He was supposed to kiss his hand, but he wanted to pull [a stunt] because he knew it was live TV, and I couldn’t get up and move if he kissed me. So, he really kissed me, and I was so fired up.”

However, Johnson still gave Goldust credit for getting him over.