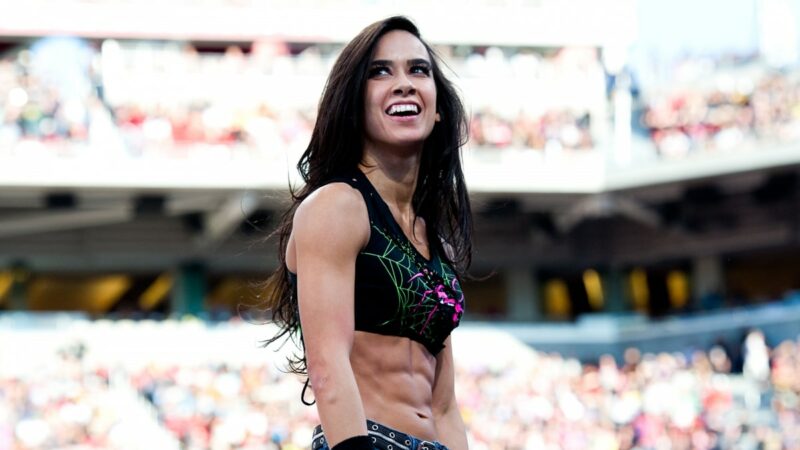 AJ Lee was a WWE Diva during a time where the female competitors did not get as much focus and importance as they do now. A WWE Superstar was also previously punished for ripping off CM Punk.

Lee was criticized a lot for her looks on television to a horrendous degree. This only determined AJ Lee to be the best version of herself and she eventually left the company while she was still in her prime.

Former WWE Superstar CM Punk has not been seen on WWE television since the 2014 edition of the Royal Rumble pay-per-view. He walked out on the company the next day and has not looked back since then. Following his WWE exit, many fans have been wanting to see Punk make his return to the company every year. He has yet to make his return to the squared circle and at this point in time, it seems very unlikely.

That all changed on this week’s episode of AEW Rampage: The First Dance because CM Punk made his shocking debut during the show and sent shockwaves across the world of professional wrestling.

AJ Lee took to her Instagram story and reacted to CM Punk’s debut.