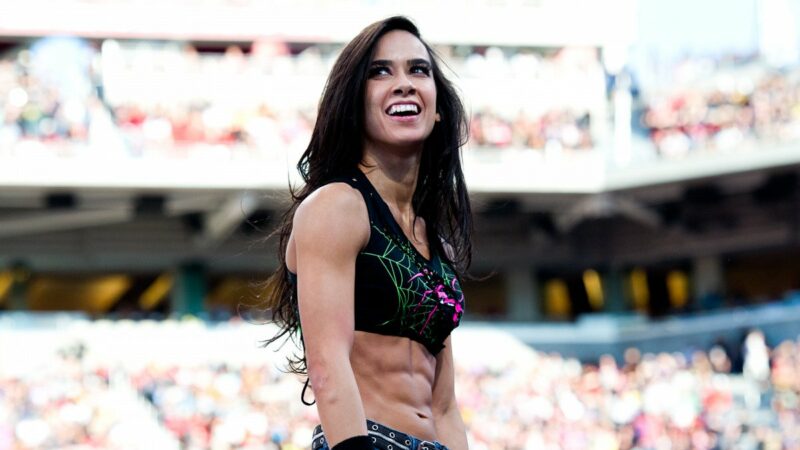 In a series of pictures that surfaced the social media, saw Lee with Dr. Britt Baker D.M.D, Danhausen and Renee Paquette. You can check out the pictures below:

AJ Lee apparently was backstage at Double or Nothing! pic.twitter.com/BfNdDIJCEE

It is to be seen if Lee makes an on-screen appearance in AEW. Lee recently spoke highly of the promotion. She named her favorite star from AEW roster. She had appeared on Renee Paquette’s podcast and talked about the AEW product:

“I’ve been watching some AEW. I’ve got to say, I love so many people on the roster. I think the best wrestler they have is Serena Deeb. Serena and I go way back. I was in FCW and I was the first indie female they had signed in like a decade or something. It was this huge deal. I only had two years of experience. When she came in, it was like I was drowning and this wonderful person came in to save me. She was an indie wrestler that had a lot of experience. She was so good and she taught me so much in a very short period of time and then got injured, and then I had to step up and be the locker room leader.”

“All I did was just mimic what she taught me. It made me a better wrestler. I honestly credit her teaching me and then passing that torch to me for me becoming a good wrestler, and everything else that happened afterwards success wise. So she’s the beginning of a chapter for me and to see her shine now is amazing.”