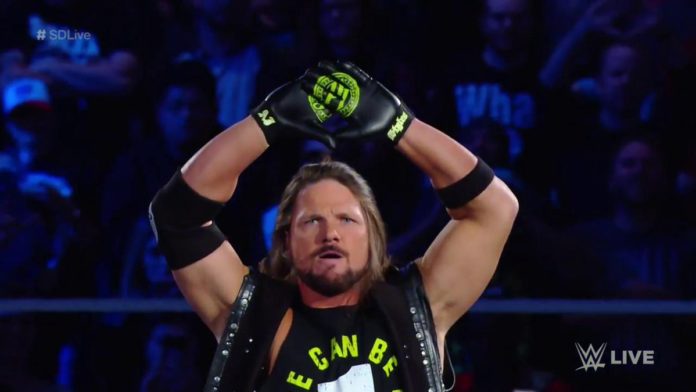 Former WWE Champion AJ Styles is currently recovering from his shoulder injury that he had suffered at the Royal Rumble pay-per-view.

However, despite being unable to compete in the squared circle, Styles seems to be enjoying his time outside the ring, as ‘The Phenomenal One’ was recently spotted reuniting with a former New Japan Pro Wrestling rival in Yuji Nagata.

Prior to signing with WWE in 2016, AJ Styles competed under the NJPW banner where he shared the ring with the likes of Kazuchika Okada, Tetsuya Naito, Hiroshi Tanahashi, and Yuji Nagata and competed at the very highest level.

Nagata, who is currently in the US as part of the New Beginning Tour, took to Twitter and posted a few photos with the likes of AJ Styles, Karl Anderson, Gangrel, and even WWE NXT General Manager William Regal.

Styles’ injury occurred in the aftermath of a spear from the returning Edge in the 30-Man Rumble match and the leader of The OC is currently on the road to recovery, as he hopes to make it to the Road To WrestleMania 36 on time.