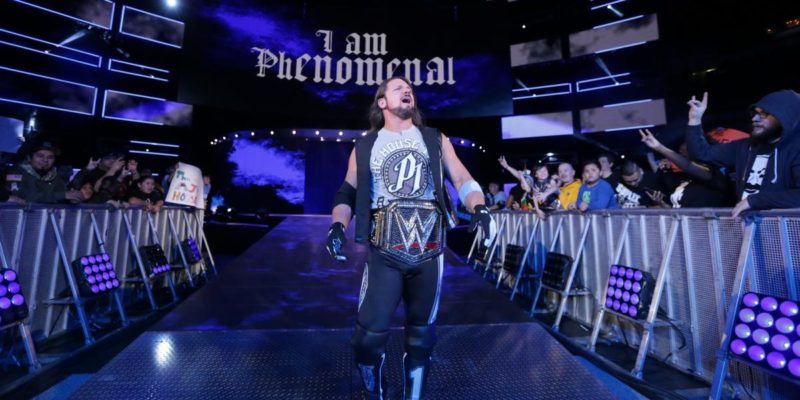 Former WWE Champion AJ Styles has not appeared on SmackDown Live since he lost his title to Daniel Bryan during the Survivor Series go home episode of the show.

Now WWE has announced that AJ Styles will be returning to the Blue Branded show this week to address the actions of the current WWE Champion.

Though he won’t be the only star making his return during the episode as Becky Lynch who has been away will also be making her comeback during tonight’s episode of the show.

Lynch was last seen during the same episode where AJ lost his title and during the show it was revealed that she won’t be competing at the Survivor Series PPV.

It’s being reported that Becky will be evaluated by the doctors before the tapings but so far there is no news yet on if she could be cleared to return before the episode.