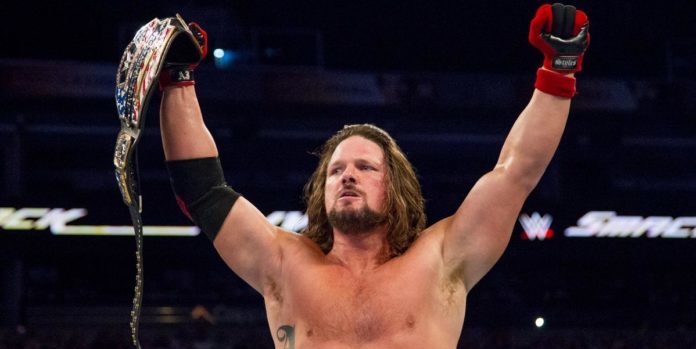 AJ Styles recently appeared on E&C’s Pod Of Awesomeness, where he had some interesting comments to offer on his current boss, Mr McMahon.

Styles was talking about his WWE debut during Royal Rumble 2016 and he said that the pop he received benefited him. However later he revealed that the Chairman of The Board did not expect him to get such as reaction:

Continuing on the topic, the current US Champion said that Vince lives in a bubble because he doesn’t know what’s happening in the wrestling world, outside of WWE:

“If anybody is in a bubble, it’s [McMahon] because of the sheer… he has it all, so outside of WWE, he’s probably not going to know what’s going on, so he doesn’t know your résumé and all of those things. And he’s not going to be able to sit down and watch [Styles’] New Japan stuff and really know what he’s getting truly until you get in there and start showing him basically.”

Although later, AJ Styles also praised his relationship with Vince McMahon saying that it’s nice to know that he is the one guy AJ can talk to:

“It made the biggest difference and I learned that he wants to talk to you. He wants to have a relationship with you and it’s up to you to do that. I mean, the guy’s super busy, so I try not to bother him unless I have something that I think is important, but it’s nice to know that there’s one guy I can talk to and he’ll tell me ‘yes’ or ‘no’ and that’s it.”