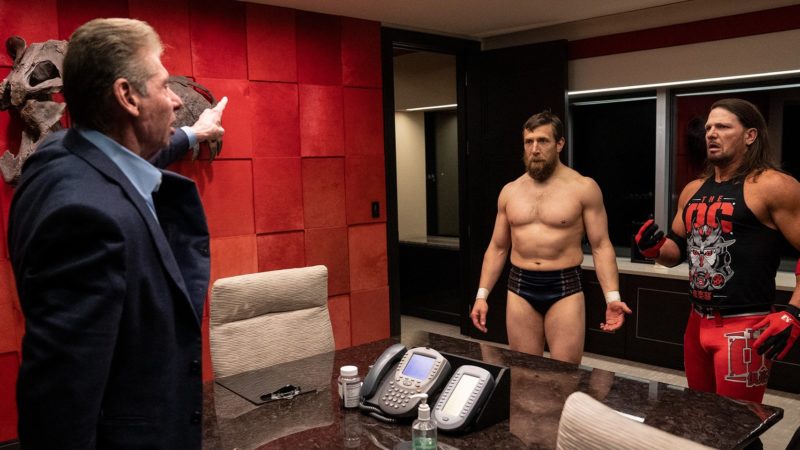 People were sceptical about the Money In The Bank matches taking place at the WWE headquarters but it turned out to be good match and the bout was highly praised by the fans.

The fight featured many interesting moments and one such moment was the surprise cameo of the Boss Vince McMahon when Daniel Bryan and AJ Styles accidentally entered his office.

The Phenomenal One recently discussed this appearance from the boss during his mixer stream and the former World Champion said that Mr McMahon is a stud:

“That was his shoot office. That was a real T-Rex head because he’s Vince McMahon and I have no doubt it was a real T-Rex head. People can say what they want about Vince McMahon, good or bad, but I can tell you he’s a stud. He works all night, works out at 3 in the morning, then he’s up early at work. He’s a machine. He’s a different human being, which is probably why he’s the position he’s in financially.”

AJ Styles was brought back for the Money In The Bank after his WrestleMania loss to the Undertaker and after the PPV, there is no word on what the company is planning for the former champion.