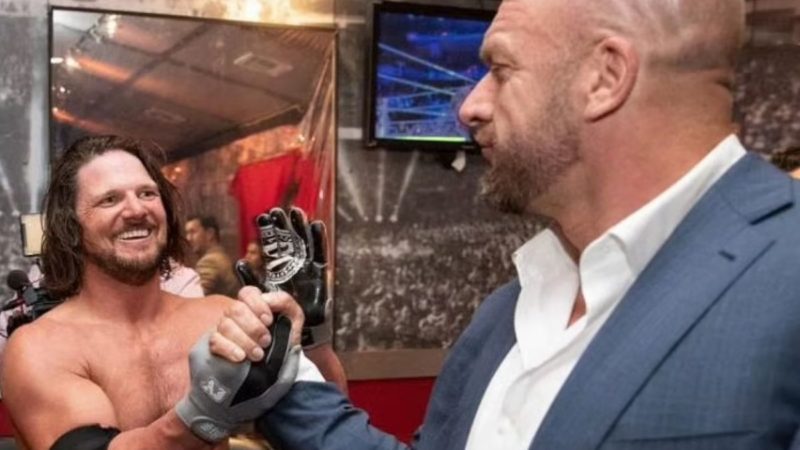 AJ Styles faced Drew McIntyre at WWE TLC on Sunday night and missed out on his opportunity to capture the WWE Championship. He had help from his associate Omos and was also joined by The Miz, who cashed in his MITB briefcase.

But Drew McIntyre proved to be the better competitor tonight.

Ahead of the contest, ‘The Phenomenal One’ sat down for an interview with Inside The Ropes‘ Alex McCarthy. He talked about a number of things – being The Undertaker’s last opponent, the third party edict, parting ways with Joseph Parks, as well as who he would want to face at WrestleMania if he wins the title.

AJ Styles on getting payback from The Edge

AJ Styles revealed that he would be interested to wrestle The Rated-R Superstar or The Game when it comes to WrestleMania.

Styles was injured in a segment with The Edge at the Royal Rumble where his shoulder was dislocated due to a spear from the Hall-of-Famer. He is seeking to avenge the injury and would like to do so at WrestleMania. (H/T WrestleTalk)

“Well, if it can’t be Drew McIntyre, then give me Edge. If it can’t be Edge, give me Triple H. There’s a number of guys that are willing to step up, and it can be any one of those. I want, I’m telling you, I want Edge. I don’t know if you’ll remember what happened to me at the Royal Rumble, he separated my shoulder with that Spear, so it’s time to get some payback.”

A thing of beauty. #MensRumble

AJ Styles also disclosed that a match with Triple H is something that he has in mind, although it puts The Game in a similar position as The Undertaker before. He does not know if the matchup will ever happen, but he is trying to make it happen.

“I feel like I’m putting him in a situation like I did the Undertaker. ‘Hey, hey, hey, hey.’ So, will he accept, I don’t know. Listen, these are guys that I’ve always gone, ‘Wow, they’re great,’ even speaking to them, you realize their mindset of the way they approach things [is] totally different than a lot of other performers. There’s something about them. This is the reason why he’s still doing what he’s doing. NXT is a brand because of Triple H, there’s no question about that. So I would love to see how that’s gonna work in a match with him. Will it ever happen? I don’t know. But I’m trying, guys.”