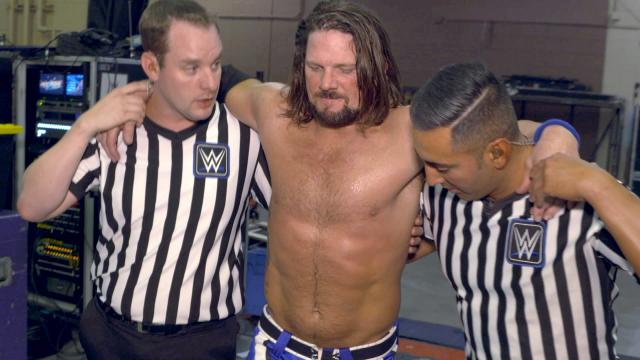 Both Shinsuke Nakamura and The Usos scored impressive victories during WWE Backlash PPV last night and unfortunately, AJ Styles lost. If you haven’t already you can check out the complete Backlash results here.

After the event, WWE posted backstage reactions of various stars. The most notable one was of the former WWE Champion AJ Styles, who after losing to Kevin Owens said that he is not sure if he’ll wrestle tomorrow as seen below:

This is an interesting video as nobody is sure what WWE is trying to achieve with this and it will be exciting to see which direction Styles is headed towards after this defeat.

Shinsuke Nakamura also commented on his victory over Dolph Ziggler. Replying to Ziggler’s previous allegations that nobody knows him, Nakamura said that now they do:

The Usos also commented on successfully defending their tag team championships while also taking a jab at Breezango for their dress up at the PPV: