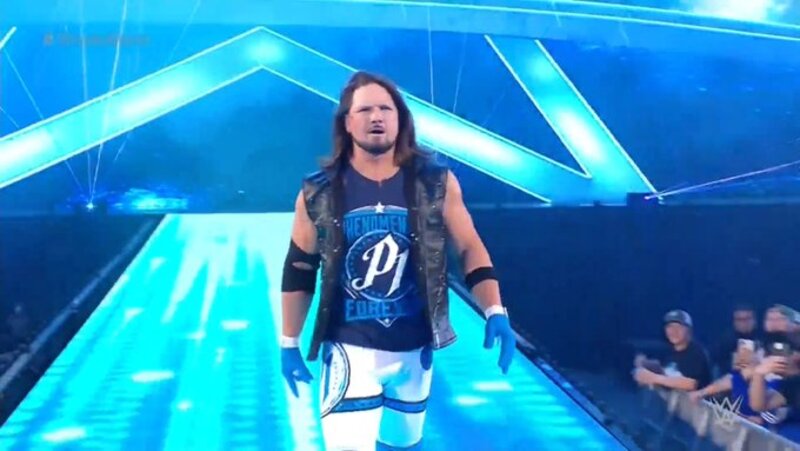 The former WWE Champion AJ Styles was part of the 6-person tag match at WWE Hell in a Cell. He had teamed up with Liv Morgan and Finn Balor but was on the losing side against The Judgement Day (Edge, Rhea Ripley, and Damien Priest). ‘The Phenomenal One’ was busted wide open during the high-paced and well-received Mixed Tag Team Match.

AJ Styles was a bloody mess

One of the fans in attendance posted a video clip of the incident. It saw blood pouring out of Styles’ head. It’s not 100 percent clear how it happened but one fan at the show noted that it may have happened when Edge tripped Styles into the steel steps. That spot would have happened off-camera. Fans are hopeful that it is not a major injury.

The Judgement Day are likely to add more members

Edge has been teasing the addition of new member to the stable. Taking to social media, The Rated-R Superstar has tweeted photos of Paige, Ciampa, Shinsuke Nakamura, Corey Graves, and very recently posted a photo of his wife, Beth Phoenix. ‘The Glamazon’ had seemingly dropped some hints that she might join forces with him, Rhea Ripley, and Damian Priest at some point.

Hall of Fame journalist Bill Apter recently named a couple of WWE stars who he believes would be the perfect fit for Judgement Day. Apter revealed that he would like to see former WWE Universal Champion Bray Wyatt and Alexa Bliss as the two members of the group.

The Hall of Fame journalist mentioned that Wyatt would be a perfect pick for the faction as he had already portrayed himself as a dark character in the past. Apter said:

“If he [Bray Wyatt] comes back I feel it will be WWE. Perhaps he will join Edge and his new group. He would fit that mold perfectly and maybe he should try to get Miss Bliss [Alexa Bliss] in as well. He should be The Fiend.”

We will have to wait and see what Edge has in store for the fans.