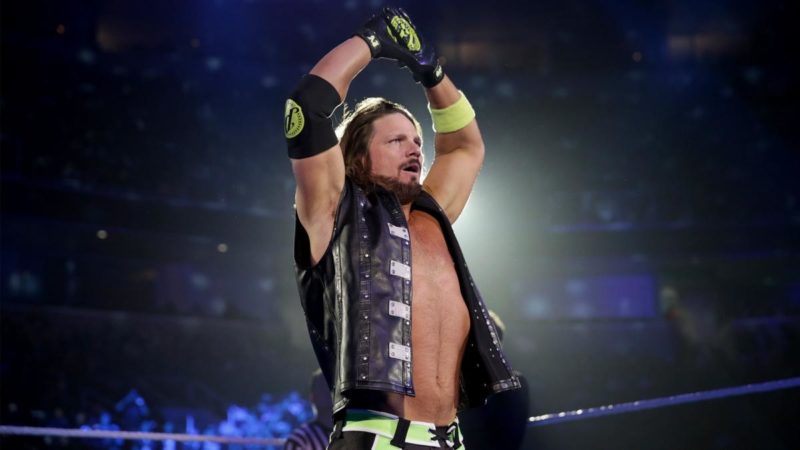 After winning the WWE Raw tag team championships against The New Day at WWE WrestleMania 37, members of the WWE Universe thought this would have been the start of a rocketship level push for Styles for his ‘colossus’. However, that hasn’t appeared to be the case as AJ Styles and Omos weren’t on WWE programming since winning the championships. During this week’s edition of WWE Monday Night Raw, Styles said that he and Omos were partying, using this as an explanation for why they haven’t been on TV in weeks. Although this seems to be a storyline reason at best. AJ Styles and Omos were allegedly pulled for a surprising medical problem.

Still, Styles and Omos were committed to the alibi as the team commented, “We went to party, we went to celebrate, that’s where we were. Off the coast of the Caribbean, sipping pina coladas, having fun.”

After WWE WrestleMania 37 went off the year, Styles and Omos spoke to Sarah Schreiber for a backstage interview. When reminded of his latest accomplishment in WWE, Styles said, “Oh yes, this does make me a Grand Slam Champion. It’s time to go celebrate.”

A ‘medical problem’ regarding Styles and Omos recently leaked. Styles would also praise the in-ring debut of his tag team partner, as he continued: “I’ve got to give it to New Day, they almost kept me from tagging in this monster right here, my own personal colossus, Omos,” said Styles, while looking at Omos. “It didn’t work, it didn’t happen, and when I did make the tag, this man – a man of men – showed what he was all about. I said he would destroy New Day and he did exactly that.” Credit to Wrestling Inc for the following transcript and quotes.