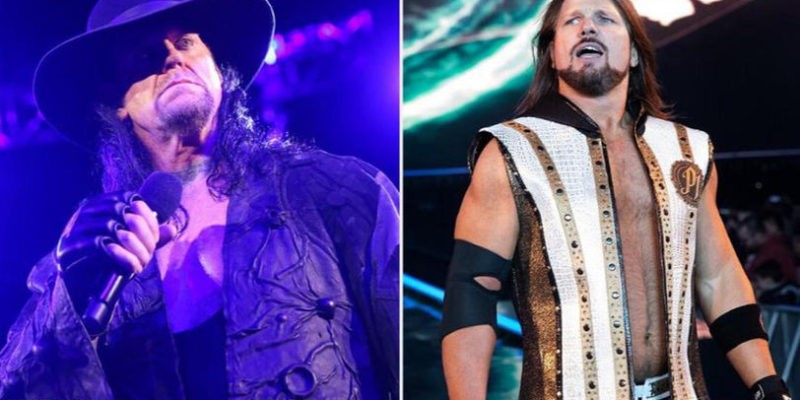 At WrestleMania 36, The Undertaker will face AJ Styles for the first time ever in both of their illustrious careers in a match of significant capacity.

In the lead-up to the highly-awaited clash between ‘The Phenom’ and ‘The Phenomenal One’, the former has been teasing a change of character and has shown glimpses of a potential return of ‘The American Badass’.

And, as seen on this week’s Monday Night RAW, The Undertaker had one final message for Styles ahead of their ‘Mania 36 clash, as the former referred Styles by his real name of Allen Jones, as things had already escalated to a personal level when Styles mentioned Taker’s wife Michelle McCool and dragged her into the feud, as well.

The Deadman’s message ended with him revealing a Tombstone with Styles’ name carved into it and in response to him, ‘The Phenomenal One’ took to Twitter and asked Undertaker to bring his very best, as he promised to leave ‘The Phenom’ broken in the middle of the boneyard.

Everyone wants to a “badass” (see what I did there?) around #WrestleMania. I’m phenomenal all year. Every year.

Bring what you got left. I plan on leaving your broken body in the middle of the boneyard.

Styles and Undertaker will collide in a Boneyard Match at WrestleMania 36 and it remains to be seen how their unique contest eventually plays out.