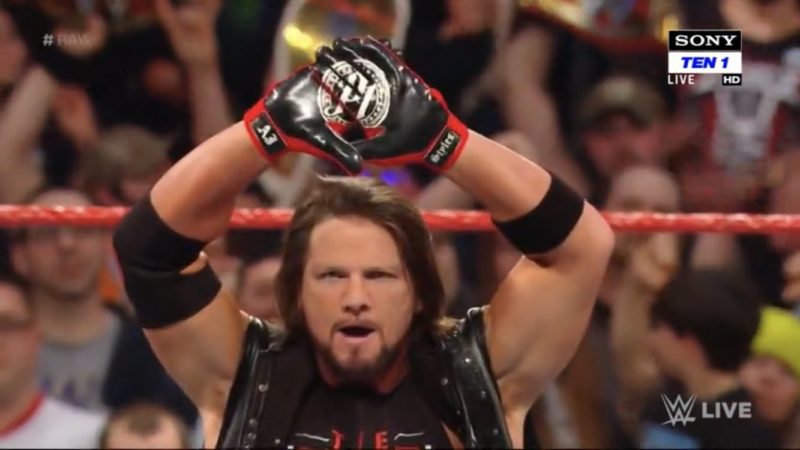 As seen on this week’s episode of RAW, AJ Styles made his return to the show after having suffered an injury at the Royal Rumble. This injury kept Styles out of action for quite a few weeks but now he’s back.

The PHENOMENAL @AJStylesOrg IS BACK on #RAW! pic.twitter.com/n0C0XLxBpG

Styles came in and cut a promo about how it wouldn’t be WrestleMania season without him. Luke Gallows and Karl Anderson hyped Uncle Allen up and called him the new “Mr. WrestleMania”.

Styles then went on to say that once he wins the Tuwaiq Trophy Gauntlet Match at Super ShowDown, he will be the only one left speaking and he will ask “Who’s Next?”

Styles then said that he doesn’t care who’s next and went on to name a list of current Superstars as well as legends like The Undertaker, Razor Ramon, Diesel, Hulk Hogan, Sting or event the entire nWo.

The O.C was then interrupted by Ricochet who challenged Styles to a match but instead wrestled Karl Anderson.