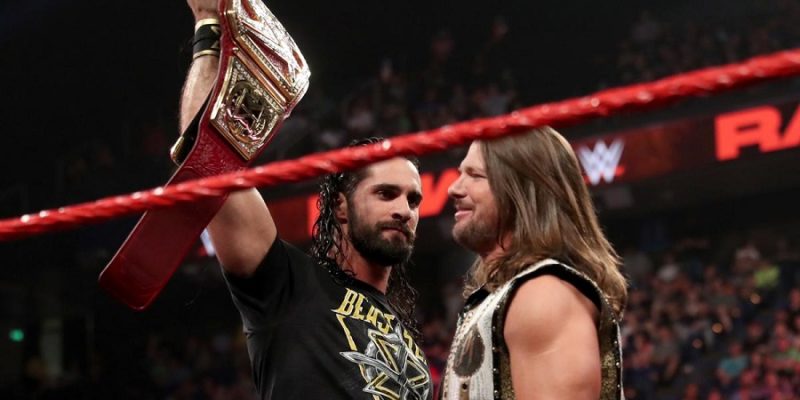 AJ Styles and Seth Rollins put on what was considered the match of the night by many at the Money In The Bank PPV and this bout was won by Rollins after a lot of back and forth.

After the bout, AJ showed respect to his opponent by offering to shake the Universal Champion’s hand and during a recent interview; he revealed what he told Rollins at the time.

Styles recently spoke to Newsweek and talking about his bout with the former Shield Member, he revealed that he told Seth Rollins he would be something special in this business:

“I told Seth I was right when I said 13 years ago that he would be something special in this business, we both respected each other that was never in question. It was two guys, two egos and a lot of testosterone that you’re going to get a fight when two big dogs get next to each other. Tempers go awry and next thing you know we’re fighting and it is what it is, but when it’s over and someone comes out the better man you shake hands.”

This week’s episode of Raw makes it seem like the rivalry between Styles and Rollins is over and latest advertisements suggest that Rollins could start a rivalry with Baron Corbin soon.