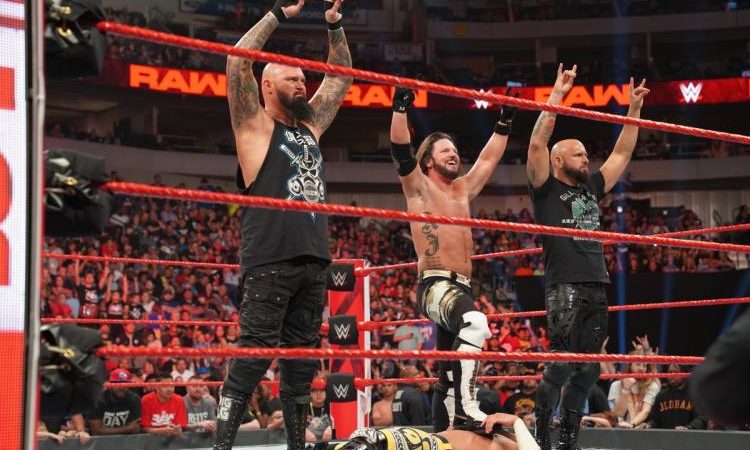 AJ Styles was drafted to WWE SmackDown this past Friday as an alternative for  “superstars to be named later.”

Appearing on WWE: After The Bell podcast, Styles discussed his return to the blue brand with Corey Graves. The former WWE Champion also revealed how moving away from WWE RAW helps him get over the departure of Karl Anderson and Luke Gallows.

“It’s moving to FOX and I think they’re doing a good job, so I’m excited about that. Doing something different is good for me. I needed a change. Losing Gallows & Anderson really hurt me. Getting away from Raw helps me get over it — I don’t know if I’ll get over it, but it helps change the atmosphere around me and to do something different. My whole time on Raw was basically with them. To get away from that and get to SmackDown, where I’ve had a lot of success, it’s a good thing.” – Styles told Corey Graves.

Anderson and Gallows were released in April due to the coronavirus cutbacks made by WWE. The former RAW Tag Team Champions had signed a new deal in July 2019 and also appeared in the Boneyard Match at WrestleMania 36.

“I brought their names to WWE and when they got released, I immediately felt responsible for them because I helped them get here and I wanted them to stay. I thought, if I hadn’t encouraged them to stay maybe they wouldn’t be behind right now. A lot of it fell on me and I felt like I let them down. I talked to them about this and I was just crushed. I’m the oldest and I didn’t take care of them. That really bothered me. And it still does.”- Styles added.