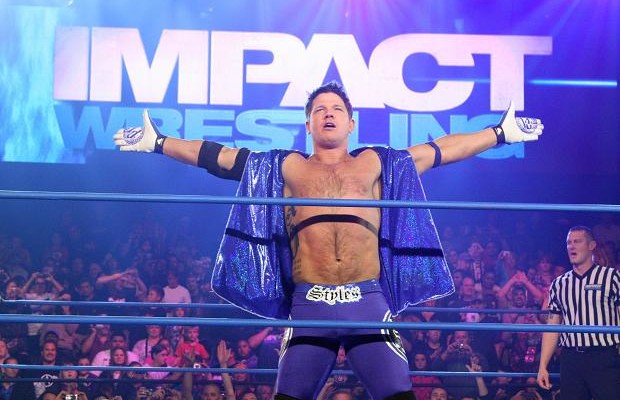 – AJ Styles recently spoke with Ryan Devlin and Chris Dutton of The Wrestling Mania Show. Here are some highlights:

Not being able to agree on a new TNA contract:
“Yeah it is upsetting. I thought that I’d retire in TNA but you know, this is a business and sometimes things don’t work out. People don’t understand this is how I pay my bills and sometimes it just doesn’t work out and we don’t see eye to eye. There are a lot of people who left and wrestled for different companies because of their contracts.”

TNA Pushing former WWE Stars:
“It makes me wonder if TNA thought it would boost ratings or was it that Spike wanted TNA to have higher ratings. I know that Spike like big names of their shows, which led to Christian and Kurt Angle being signed. I blame it on ratings; they wanted to see them rather than seeing TNA grow more gradually.”

A planned speaking tour:
“I had a speaking tour planned but I was threatened by a TNA lawyer about some stuff that was going on. We were looking at doing it in March but now we’re looking at coming over in June so it actually worked out quite well.”