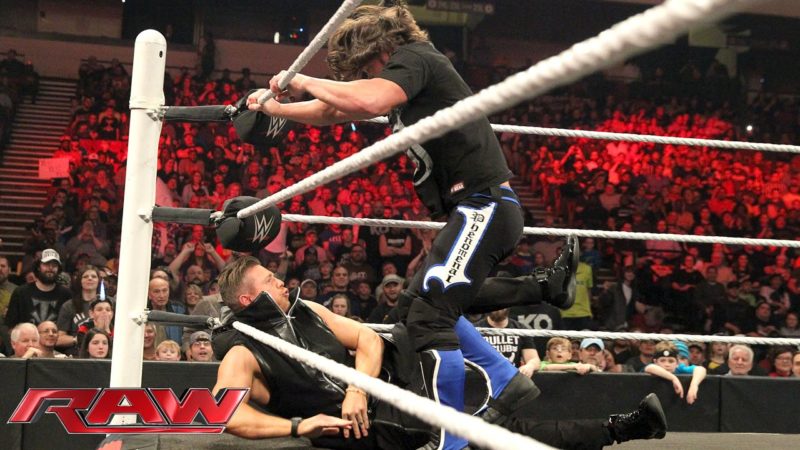 No one ever expected AJ Styles to have the kind of success he’s seen in the WWE. When he debuted for the company at the Royal Rumble 2016, fans were excited, but also a bit hesitant.

We’ve seen many fan favorites in the past, before and after AJ’s debut, leaving the WWE Universe wondering if the Phenomenal One would meet a similar fate. Four years later, and he’s one of the most decorated members on the roster. On the latest After the Bell, Styles shared a backstage story with Corey Graves involving Vince McMahon.

Styles had said that he didn’t think the company thought he’d become one of their top stars, but he wasn’t content with anything less.

“I think they had a different kind of plan for me when I got to the WWE, but of course, I had other plans. I didn’t want to be an upper card guy. I wanted to be one of the top guys, and I wasn’t going to change my style to get there as well. It’s gotten me this far. Let’s see how far it can take me, but I just kept doing what I’ve been doing. A lot of times, the question was, ‘did you have to change your style?’ Not at all.

A meeting with McMahon may be the reason he’s where he is today.

“I had guys pull me aside and say, ‘hey, keep doing what you’re doing. You’re doing everything great just keep doing it. Keep working hard. Do whatever you gotta do man. Just keep doin it.’ So I must have been doing something right, and even when I had my first match against, I think it was Curtis Axel, and he had a couple of guys with him, Vince brought me to the back.

When he told me that, now I was like, ‘Okay, I can be this guy who just wants to eat freaking people alive.’ It got to a point where, I think it was a make-or-break when it was Miz TV on RAW I think it was. It could’ve been SmackDown, who knows?

A couple guys came up to me and said, ‘listen, you gotta put it on. Like you gotta put it on him.’ I was like, ‘what?’ Of course, I go out there, and I’m just super intense and doing it. I didn’t get him with any shots or anything. I wasn’t gonna do that, but what they wanted to see was that intensity. I think that’s what changed everything.”

You can see that exact moment in the video below. (H/T to Wrestling Inc. for the transcription)

Thankfully, AJ Styles was able to figure out what the boss wanted. Cut to four years later, and he’s a bonafide star and someone that carried the Blue Brand for years.

You can check out his comments on WWE releasing Luke Gallows and Karl Anderson here. For the rest, check out the full episode of After the Bell.