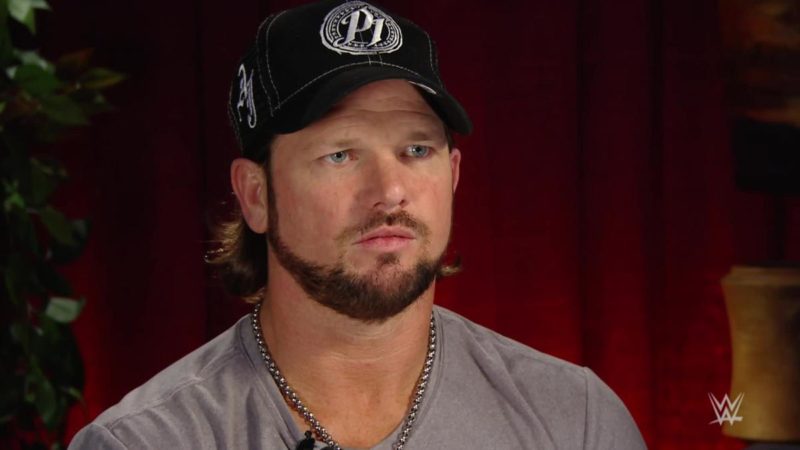 During his appearance at Mattel’s panel at the San Diego Comic-Con, WWE Superstar AJ Styles commented on why he signed with the WWE, and the WWE Draft:

On why he signed with the WWE:

“Timing is everything. Timing is everything. I had to go, I’ll say it, I had to go to TNA, to go to Japan, to get here. That’s okay with me. Listen, I learned a lot in Japan, and, honestly, there were a lot of guys hurt at the time that I made my arrival to WWE. Like I said, timing is everything. I think maybe they needed a little bit of help. The fact of the matter is, I don’t think they had an idea of where I would be [on the depth chart]. As far as I know, I was a middle card guy at best. But then again, I’m kind of like The New Day here. The cream will rise to the top. I will take advantage of every opportunity and I will make my way to the world heavyweight title.”

On being in the dark for the WWE Draft:

“We were in the dark as much as you were when it came to the draft, so it was an honor to go in the first round with SmackDown and going live just shows that we’ve got something to prove, man. And we want to be right up there with RAW. We’ve got to keep up with [The New Day], so when SmackDown comes live, get ready, because we’re going to put it on there. We’re going to do a great job and blow your mind. That’s what we’re going to do.”

(All transcribed quotes courtesy of 411Mania)