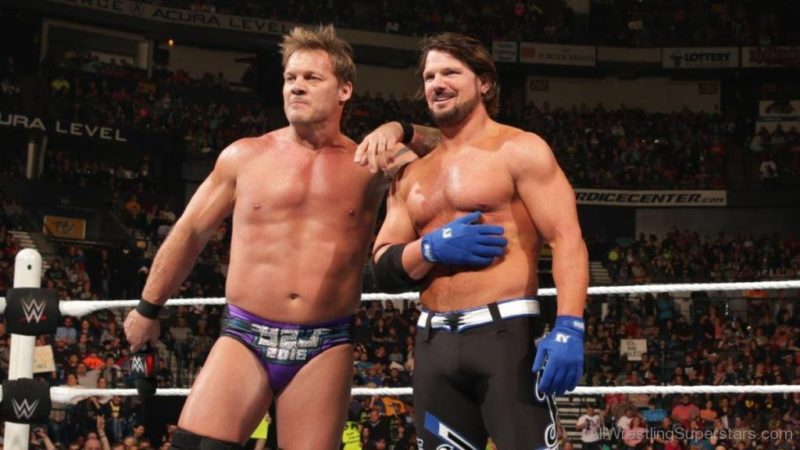 AJ Styles spent the majority of his wrestling career outside of WWE, gaining experience in various promotions including Impact Wrestling, ROH and NJPW. He made his way to WWE in 2016 and it was the first time he performed in front of the WWE Universe.

In his first feud in the company, Styles feuded against Chris Jericho that culminated in a WrestleMania match. Many fans were eagerly waiting for the two to compete at the event.

While discussing the feud on his Twitch stream, AJ Styles talked about how much Chris Jericho helped him during his early run in the company.

“I love Chris. I can’t say enough good things about him. The dude is just awesome. My first WrestleMania was with Chris and he was all about helping me out. From the Royal Rumble when I debuted all the way to WrestleMania, he was always trying to help me out. Big thanks to Chris.”

Styles has been drafted to Monday Night RAW during the recent WWE Draft. We will have to see what they have planned for him.