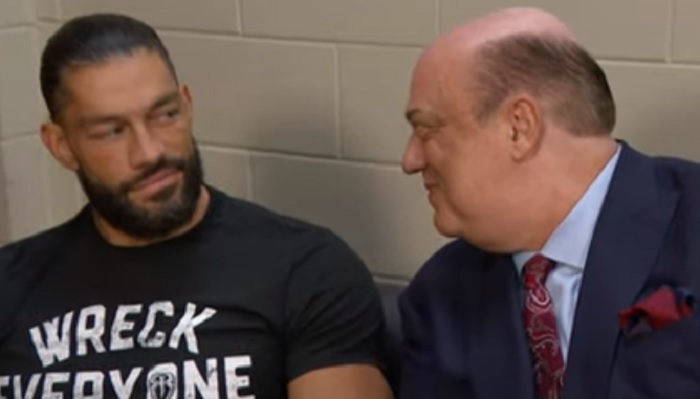 Since WrestleMania, it has been made public that AJ Styles is not the biggest fan of Paul Heyman. At the time, Heyman was the Executive Director of Monday Night RAW, with Styles, Gallows & Anderson being major parts of the Monday night brand.

Gallows & Anderson were of course part of the WrestleMania night 1 main event Boneyard Match. So, it was unexpected when the ‘Good Brothers’ were released by WWE shortly after, this was apparently due to budget cuts during the COVID-19 pandemic. Styles, Gallows & Anderson reportedly blame Heyman for the release of the tag team.

AJ Styles apparently moved to SmackDown shortly after this to move away from Heyman, and now the Phenomenal One had this to say about Heyman joining the blue brand:

“It is what it is. I could care less. It’s water under the bridge. Listen, I’m not saying I forgot what he’s done, but I’m not going to be the guy that holds a grudge. It’s one of those things where he knows he pissed me off and how I felt. Just because I don’t trust him doesn’t mean that I can’t get along with him professionally. I’m not going to do or say anything mean to him. It’s over. My buddies are doing fine. I was concerned about them when this whole thing went down, but they are doing great.”